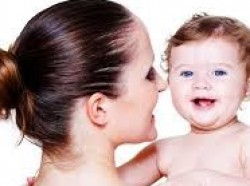 Frankly speaking ,very few people believe in life after death,even many of the religions don't do and why should we..What can be possible implication of having a lie after death.Recently i saw a very heart wrenching serial episode of the same..life after death indication which was really very hard to bear.
This was based on a real story
There were a certain husband and wife who loved each other very much .Their love was so high that they never wanted to leave each other and be with each other always but since the husband was in army,the duty called him to serve his motherland.
His wife was 6 months pregnant and he had to go for his service all of sudden,he left his wife in the hands of his mother telling her to take care of her and be with her.She bade him farewell with lot of eatable items which would make him remember about her.he left with a very heavy heart .He kept on sending letters and she responding with all the lave she had for him,inquiring when will he come..
The day of labor pains was coming near and actually she never used to take care of herself,used to do heavy work,trying to whatever she could,she even didn't have any one to help her.
Finally the day came,she was having heavy pain,but since she was living in village ,she had no phone,no internet,no electricity and then there was no one to communicate since this is always situation in most of Indian villages.Without any aid she and her kid inside her womb died untimely death with no one there ,somebody saw and cremated them somewhere.
Simultaneously,another thing was happening,the enemies had opened fire on the border where the husband had been posted,he got injured,but couldn't walk,his friend who was well,he coaxed him into going to his home to see his wife and kid and see how were they since he was getting replies in letter.
The friend went to his home and inquired just to get to know that both had died and now the place was supposed to be jinxed with a "DAYAN"...There was no one,but this he didn't have heart to tell his friend,since he loved his wife so much and it would break his heart.
getting no information from his friend,the husband decided to visit the house himself when he got well,to meet his wife and new born kid,when he went there he was greeted by his wife and newborn kids but no one else was seen in this part of village where he was staying.
He was so happy to see his wife and son that he forgot everything and was immersed in happiness for a while without thinking anything but he wondered what had happened.He once saw his mother on the other side who declared him mad not telling him anything.But now after he returned his wife seemed to be over possessive and didn't want him to go anywhere.
One day he saw his same friend,seeing this husband,he started running away and then he convinced him to come to his home saying that the village people had gone mad and everything was well.He coaxed him to come to his home and meet his wife.The friend went there but could see no one,just the husband being happy and carrying invisible kid.He was really shocked and ran away.Later on,he met the husband,and tried to explain him that his wife and kid had died when she was in labor pain and he need to accept this reality and that he was living with ghosts of them.
After this,the friend died one day,the mother was shocked and explained to his son that he would have to find a way out of all this.
But actually the husband and loved his wife very much and their bond was eternal.Getting to know the reality and leave house was no different.The mother made plan to save his son and went to priest to capture ghost of her daughter=in-law..The succeeded somehow.
But it could be heard saying that all she wanted was to stay with him and love him,anyways the house was sealed,
but it is said that still,she keeps crying to be with her husband,she was not a "DAYAN",it was her pure true love and dedication for her husband which exceeded all limitations of the world

Tags: Life After Death, Story based on Intensive thinking
Sign In to know Author - SHEHZADI SHWETA
Spread the word ...

HIM
Nice writing! I think we can use your writing for our projects, if you are interested please get in touch (email: himanshu_at_smartwebpoint_dot_com) for furher details.
June 14th, 2015
Login to comment
2   ·   5 feedback ( rating and remark )
You can also write on WriterBabu. Know More.