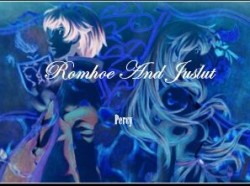 (A text message saying “It is over” shows up on Juslut’s phone and she is soon blocked by Plaster on every possible connection due to her recurring apologies. Juslut is heartbroken and Uncle Mgonna Di Cabullet attempts to cheer her up by proposing the idea of engagement.)

Uncle Mgonna: It would be a grand affair, all of the very best of our town will be there, maybe I would find love too. (Looks dreamily at Juslut)

Juslut: I don’t want to get married to that dickhead!

Uncle Mgonna: Now, now Juslut! A man appreciates a dirty-mouthed lady only in bed. Ah young love. I bet he gets a kick out of that, but such shenanigans are best kept private. What is that you want, darling? Is it a court marriage?

Juslut: My head hurts. I want—I want—(Sighs) I don’t know what I want.

Uncle Mgonna: I am telling you, marriage is like the best thing ever, from what I have heard at least. I wish I had got married young too, I ran away from the idea and so many hot women, I regret it, I do regret it.

(Meanwhile, Romhoe is standing outside Plaster’s hotel, he seems to be going through a frenzy of emotions, as Plaster comes out of the hotel, guilt flashes through Romhoe’s face and a little bit of annoyance.)

Plaster: You want to punch me more? (Gritting his teeth)

Romhoe: No, I came here to apologize. But I don’t know there is something about your face that annoys the hell out of me!

Plaster: I might look lean and lightweight, but trust me Mr. Romhoe Movague, I won’t be so tolerating of your unnecessary violence this time.

(Romhoe charges at him, his fists drawn. Plaster looks scared but doesn’t backs down. Soon they are wrestling on the road, Romhoe is on top of Plaster, his hands pinning him down when suddenly he is captivated by Plaster’s bright blue eyes, his luscious lips and the blood drying up near his nose. He proceeds to touch his lips with those of Plaster’s and the crowd cheering the fight silences.)

Plaster: (After pulling back) What in the holy hell was that?

(The crowd disperses with shouts of “Get a room”)