Surf for free or free to surf?? 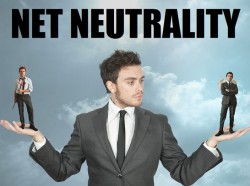 Net neutrality as the name says suggests how neutral the net is to its users. The neutrality here means easy access of net services to one and all. The basic definition can be- Net neutrality sets a platform where the Internet Service Providers (ISPs) don’t have any control on the speed of the internet, or the authority of blocking or throttling any sites.

The recent platform created for net neutrality in the country is by the network providing companies Airtel and Reliance. The Airtel platform – Airtel Zero Plan is the one which will allow users to have free access to the sites and apps which will collaborate with Aitel Zero. Similarly, Reliance platform- Internet.org will give free access to the sites which get into this plan.

But in short it is, the one who pays is the one who stays in the market. The sites and apps paying for in these plans survive in the market as they give competitions to those out of these plans are payable to access. The users are no longer free to surf. Users can access to only a bunch of sites and apps whose owners have bucks to pay to the service providers. Those who pay get the preference, and preference is a positive way of describing discrimination. So, the point arises here is ‘Net neutrality is Digital Inclusion or Discrimination.’

But as it’s said, something is better than nothing, for the 80% the deprived ones this can be a sunshine. It can be a great start for them, for us, for our country.