Terrorism and its evolution from relegion 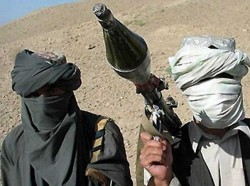 The concept of terrorism from religion isn't something that is new in this world or it isn't something that surprised the various armies all around. The fact is that its been existing since the middle ages but it was confined to only middle Asia and some part of Europe especially the ones where the crusades were fought.

The concept of killing people of the opposite religion because you think they were trying to destroy your religion is an old concept which started with the crusades. During the crusades the church and the mosques constantly fought with each other for domination. The Christians formed The Knights of Christ to attack the holy cities and to take control of them for fear that expanding Islam would deny them even visiting rights to the places. the Soldiers of Islam meanwhile only fought what they too considered to be holy land against the Christian aggression. The war on both sides became about the holy land and hence was called Holy war in English or Jihad in Arabic.

The word of Jihad or holy war thus originated initially died down after crusades ended sometime in the mid 13th century but the recurrence of it is a rather interesting phenomenon. As all of us know the soviets invaded Afghanistan in the 1960's. It is generally known that everyone even a peasant would consider the country his mother and hence holy to him. the war for protecting one's motherland which was considered holy once again brought up the concept of jihad.This jihad was augmented by the Americans who fed and fueled the fire. Since not everyone understood the patriotism or the reason for fighting ni the remote places of such a country. The shrewd leaders there used the one thing that they could to unite their country to fight. THEIR COMMON RELIGION. This lead to the concept of common people believing that their religion was being desecrated and that they should fight against those desecrating. This caused further tensions to escalate even in other places simultaneously. Once their purpose was served the Americans withdrew and the people there started to grow and support other similar causes both against the USSR and the USA. The arrogance from winning a war gave them the confidence to operate form anywhere. The riches and the boredom of the Saudi oil sheikhs gave them their finances. The tree of religious terrorism slowly spread its poisonous roots all throught the world. They started acting at and against anything they considered was against their religion. From the concept which was used to unite a country against foreign aggressors the concept became wildly twisted and now plagues the world. They blow up civilians in a country which they believe has offended their Muslims even if that country does everything in their power to protect the very Muslims it contains. They try to kill people just for speaking their thoughts denying them the basic fundamental rights in any country on this planet. Their clout has grown so wide now that they command entire areas on this planet openly and threaten other peace loving democracies around the world just because they aren't following the path that the terrorist are. This concept and philosophy is not isolated to Islam alone, even a few Hindu's in India tried this and a few radical Christians from Europe and america tried it. The blame majorly rests on Islam for majority of the terrorists now present are from it. But personally Islam prohibits violence in all forms, especially against civilians, women and children in specific. Alas i guess the terrorists missed all the beautiful stuff Islam has to offer and caught on to only what they wanted. Misinterpreting it and causing untold mayhem throught the world.

PS: i may be wrong in my opinions
please fell free to voice you'r opinions out in the comments

CHINMOY ROY
I think terrorism is also a political phenomenon.Anything which divide people and want to rule is political not religious.All conservative peoples in any established religions want to make group people to be more politically powerfull means i.e, desire to rule the world.And it is easier to make group by appealing communities.
February 3rd, 2014
Author
it actually started out for political reasons
but u cant expect an average human being to understand the intricate politics involved in it
so simply to get them to fight people in command used religion
February 3rd, 2014
CHINMOY ROY
hmmmmmm
February 3rd, 2014
Author
thats what im saying in the article