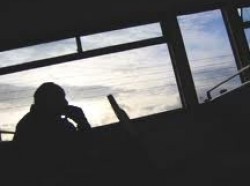 today in the bus
where few were sitting, few were without a seat
i got a seat of window
and started watching that gray road of concrete
suddenly i got an eye towards my image
in that filmed window glass
i smiled and looked at me
my mind lost into memories of past
the time of childhood
when the only treasure for us was
the window seat,
we fought, we became friends
we run hard towards bus from the stands
just to get that window seat
it was a special gift for a special friend
a token of care, like the friendship band
the window witnessed so many friendships
the window witnessed so any breakups
and several times that seat became the reason
for rebuilding the relation, for patch ups,
now time changed with time
today no one fought for that window seat
almost each day i get it
but never have that zeal, indeed
now also i look out of it
and see moving trees and changing season
but now i know that it's the bus that moves
and i am unhappy after knowing the reason
now also there is a ice cream man on the road
but the spirit ended under responsibilities and load
the wish of throwing chalk pieces on pedestrians has lost
and i don't irritate the vendors, by again and again, asking the cost
now i realized that it is not only a window of a bus,
it's a window of time, in fact
one can see his life moving, in those windows
and finding and loosing the contacts
i can see childhood playing on the roads
now aware of any liability, enjoying their time
i can see a youngster sitting in the bus
in the reflection of mine
soon this image will be transformed
into a middle aged man thinking about his kids and wife
then there will be wrinkles in the image, in widow pane
they will show the last stage of human life
from running childhood, to walking young age
from standing middle age, to bent old age
we can see all these transformation
in that window of time..............