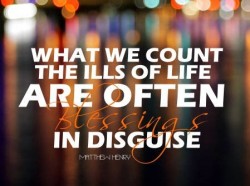 It started again . The blames, the arguments, the screams, the unwanted blabbers. He could hear it clearly. Though the wordings weren’t clear but the meanings were. Unhappiness spilling all over the house. He stopped abruptly in the middle of his writing. Irritated he stood up. Craving for a smoke. But he remembered his promise. He had made in a haste. In an emotional moment. To her. When she was leaving for three long years though much against her wishes. She had asked for this one thing. Asked him to quit. And he couldn’t deny. Not in any way. May be she was very clever. Though she had asked him not to miss her too much still she made sure that he misses her a thousand times a day. Every time he craved for it he craved for her. Would she also be craving the same way. He thought. And smiled thinking about the answer.
The sound of a vessel being dropped on the floor dragged him out of his own world again. Wooden furniture was getting pulled. Disgusted, that’s what he felt. How immature we humans can get to show our anger . He remembered the very day the couple had come to his house seeing the To-let board hanged in front of his dark chocolate coloured iron gate. He didn’t reply the bell at first. Immersed in one of his writings and had gotten struck somewhere in between he hated to be disturbed.but life, it has it’s own demands. It needs to be answered. To be cared, to be nurtured, to be pampered. Just like a baby girl. Asking for uncountable hugs from her loving dad. He stood up. Reluctantly. Pushing the wooden chair a bit backward , to make enough space for his long legs to stretch. With fast paced steps he moved towards the door. Opening it with a single jolt turning the golden bolt to right, just once. He had already unlocked the grill to move to the front yard and had stepped on the green grass that when he could feel their pinch on his toes. They hurt. Exactly the same way when the first time he had walked on them, bare footed. Some 27 years back. The day they shifted to this city from a nearby town. The landowner’s house was adored with a beautiful green lawn. Every evening after coming back from school he used to rush downstairs. Throwing away his slippers feeling the pinch on his bare footed toes. The scoldings of his strict mother yielded no results. As if the pinch was a pleasure in itself.He would wait the whole day in school to just come back and feel the grass. But there was no meaning in feeling them today here. At this age. All that curiosity. That gentleness . That pure boyish emotions have vanished.Replacing in it’s place a practical realistic mature him. Who had learnt it all, not just in the right but also the wrong way. Life hasn’t been smooth. He used to complain . In the beginning, a lot. Get angry not just on everyone but also on his own self. He used to hate it totally. Which never seemed fair to him and always seemed pleased with everyone surrounding him.
The couple standing near the gate appeared restless. Though he could see their faces faintly with the help of the street light scattering all over the place dreading the broken glass but he could feel their restlessness very well. Because that’s what he had learnt all these years. Over decades. To understand another’s mind even without talking to them. He thought for a second . To whom should he be thankful for gifting him with these abilities. May be to his life, to those circumstances and to those people who unknowingly or knowingly crafted them for him. Stripping him up of his peace of mind and leaving him on the verge of depression.
He welcomed the couple inside. Guided them through the stairs and showed them the freshly painted rooms with 2 bathrooms, a kitchen and a tiny balcony to relax. They seemed impressed. Almost ready to pay the advance right then. Both of them seemed well educated. Working professionals as mentioned . He didn’t expect them to agree to his mentioned rates at first but surprisingly they did. He was happy. As he hadn’t expected that to happen.Because nothing had happened that way with him. In just one go. He always had to try harder even for tiniest of things. And so the deal was done.

They shifted . Within a week. It all seemed well in the initial days. But slowly the curtains were raised. Which irritated his mind to the very core. Coercing him for a smoke. But unfortunately he could not do that either. Once on a Sunday he was invited for lunch. Both the man and woman were very eager to know about his family life, his professional life and everything related to him. Why he stayed alone became their favourite pass time. Even they did not hesitate to ask him personal questions in the first interaction itself like whether his marriage was arranged by his family or it had happened the other way. Not forgetting to mention that their’s was a arranged one and both of their horoscopes had perfectly matched with each other assuring them of a beautiful future ahead. The entire afternoon he did the listening and they did the talking part. Tired of so much newly received information he came back and collapsed straight on his bed.

Another vessel fell on the floor. This time with a louder thud. It disturbed him. He had already decided to talk to them. The daily fights had become a routine affair. But surprisingly every morning they go well dressed. Each to their respective work place. Exactly like obedient school kids. But the moment they step in , living in the ground floor becomes hell. He tried to remember the days he had fights with her. Ya, even they had fights, or we can say difference of opinion. But nothing resembling this. Though nobody had matched their horoscopes. Because nobody considered them eligible to be matched. Though nobody blessed them as nobody considered them blessed enough to get blessed. Still they survived. The qualms of time. Though she was away from him at the moment. For reasons unavoidable. Still they were bound together deep inside their minds and in the depth of their hearts. The night was getting darker. And the screen of his laptop was losing patience. He sat down again in front of it. A faint smile clinched his lips. “ The Best Disguise” he named it. The title of his half penned write up.

SMRTI K
A simple concept of how much time of our lives we spend in just quarrelling and the justification of the quote- Distance makes the heart grow fonder, has been beautifully woven into a heart whelming story. Was a pleasure reading it :)
February 26th, 2015
DR SACHIDANAND DAS
Good
March 1st, 2015
Author
Thank you so much for the beautiful comments :)
March 2nd, 2015
Login to comment
2   ·   4 feedback ( rating and remark )
You can also write on WriterBabu. Know More.