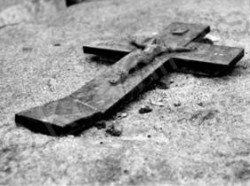 Its raining outside. The water splashing my windowpanes. The tranquility stretching, spreading from heavens up somewhere. And here I sit with a cup of coffee warming me up from the cold emanating from both outside and inside. The mind reverts back to those good golden days. It isn’t as if it’s the first time her memory has crossed my mind since her departure. The scars have always been a source of reminiscence, reminiscent of the beautiful days. But today these drops have penetrated deep down somewhere, down the scars, revitalizing the wounds. Memories kill you whenever they visit. They upset the equilibrium you have tried to maintain for so long just like an uninvited guest who disturbs your daily routine just with the knock at your door. We had enjoyed the monsoon together for a decade. Yes a decade! 10 long, beautiful years spent together in the embrace of one another. She used to wake me up, every morning the same way, holding a cup of warm coffee and standing by the bedside with her exuberant smile. Without even taking a sip just her holy presence used to warm me up. Every day had a meaning in her presence. Her vivacity, charm used to . I could never remain gloomy when she was around; around with an assurance, “the world may go upside down, heaven and hell may swap their grounds, I will be there forever”. Yes we were the ardent followers of “till death do us apart” concept; the perfect paradigm of husband and wife. My friend told me once while I was rummaging for a perfect gift for her to celebrate the day of our union “Dude, you are setting high standards for the husbands of the world. Wait for the day when all those married men will queue up in front of your house, protesting for setting such a high cut-off.” I laughed off that joke that time but it filled me with pride, pride for us, gratitude to the almighty and I repeated in my mind the vow again, “till death do us apart”.
Almighty! I have been an atheist all my life, never well understanding the concept of religion, God, Allah or whatever you may claim to refer the almighty. I have been rebellious, never succumbing to my parents’ infinite attempts to make me bow head in front of the mighty god, as they claim. Even when I knew I’ll terribly fail in my exams due to the bad viral I catched up that month, did I ever give up my stance on God. I walked out of my house, in front of that deity holding my head high with a smudge “I’ll pass at my own accord”. But well I failed, I failed a year. And I had to sit in the same class for an altogether another year. I don’t regret ‘cause I met her. Yes the love story starts from the childhood, early teens we were, 15 or 16, I can’t remember, but I can very well recall the class, class 7th, the lady Hitler of my life teaching in front on the black, shabby backboard.

“Aayush Sharma, can I be honoured to have your attention in the class” she embarked lowering down her specs and fuming as always. As I said, I have been a rebellious young man. Never have I listened to a single word she had uttered in the class. And unfortunately we had this lady hitler for all our subjects, (calling her a teacher would be a disgrace to this noble profession), so in a crux I have never learnt anything in this class, that viral was just an excuse, I was bound to fail, but now I call it the destiny. How could I‘ve met her, if I wouldn’t have flunked? “Ruhani, sit next to him, and make sure he pays attention to each word I utter.” “Yes ma’am” Ruhani, I hated her. The teachers’ favorite. With a default answer to their every question “yes ma’am”. I had to sit next to her, I loathed the idea but I didn’t protest. I used to sit alone among all the juniors, the idea of someone sitting next to me, even to comply as a command seemed fine with me, to be not labeled as a lonesome that is. Still I made a big bag barrier between us two as soon as possible. My talks were restricted to the work, getting her notebooks to complete my work et al. We weren’t friends, just classmates for a long while or better, benchmates, benchmates for benefits; one sided benefit! And one fine day that tag underwent a transformation. I was quite early that day to the class and was relishing the weather outside, it was raining. And she arrived, with a gloomy face. However studious or teachers’ beloved she may be, the only positive or the best part was she was always giggling, chirping endlessly with her friends.Her 'hehe' laughter used to irritate me sometimes but this deadly silence was killing me. She was disturbed that day and it was quite prominent. I didn’t pay any heed for a while but then I couldn’t resist. “What happened?” I asked finally in the lunch break succumbing to her sulky mood. She shook her head to imply ‘nothing’, I insisted and she broke down. “My dog, Tifler passed away” she confessed with tears rolling down her eyes. That was a moment of realization for me, she liked dogs! I never imagined that; I could never imagine her playing with anything sans books. I consoled her, it was easy as recently even i lost my grandmother, the one i was closest too and thus coul empathise. She was quite different from the picture I had sketched inside my mind and this epiphany came into being that very moment. Tears bring people closer, I realized that day. We were more comfortable now in each others’ company than we used to be, the big bag barrier vanished. And within few months she became my best buddy. I had shared some of the priciest moments with her. She shifted in my neighborhood in the offing and our respective mothers became the best of chatting and gossiping pals. Our friendship was affected too, we came closer, our bond strengthened and by the time we were in class XIIth I proposed her and she shyly smiled and that, said it all. I changed, quite literally. Call it the transformation brought about by puberty which made me mature or the bliss of having her. My parents couldn’t have got happier. Ruhani had turned me a nerd too; I was into academics, working hard to crack the IIT. The visit to a nearby hanuman temple every Tuesday became my pilgrimage. Yes she turned me in a believer. I gained faith, faith in destiny, faith in life. I was happy, positive, and ambitious of my life ahead. Ruhani had instilled me with the same energy which kept her going and I couldn’t have thanked her ever for bringing out this revolution in me. Well in 12th my boards transcended me on cloud nine. I topped my zone with Ruhani. We topped respectively in our streams. “God loves us both equally”, she had claimed!

Alas! God never loved me, if ever He existed. Those years were just a trap, a trap to land me in a melancholic future for the rest of my life.

We married after our graduation. There were no casts issues, no unexpected hurdle pointed out by the pandit from the kundli. The family loved each other, moreoever this re-union was approved by even heaven, dare a mortal earthly human creature would have objected. After being together for 5 years, we were officially declared husband and wife on 5th September 2003, Saturday. The happiest day of my life. And 5 years after our marriage, she left, how could I forget the day, 5th September 2008, Saturday, that unfaithful day which marked the anniversary of our union. I was facing a down phase then; the company’s shares have plummeted. We were recovering, though at a snail’s pace. And she left. The destiny mocked at me. The vow had been broken. Ruhani, the one who had turned my life a bliss had drenched me off happiness, off whatever I had. With herself she took away my faith, beliefs, my trust. It has been a long while, the heart still aches whenever it rains outside, bringing on plethora of memories back. 4 years have passed by and time has been so harsh in this while. Every moment, every step seems to be a chastisement against those carefree years. I have been bound in cages. Faith gives you wings, to dream higher, to take on the risks but my wings have been cut, they have been wounded, broken. And without these wings I feel chocked, choked out of life, chocked out of desire to move on.

The clock shows 6 in the evening. The sun setting with full splendor, rain has ceased for a while. But it will rain again, the thundering clouds says so. I take out my phone and dial Sneha. The phone is answered after a beat, quite early to my surprise. “Hi” she exclaims excitedly. “Hi Sneha, sorry I won’t be able to catch up with you today, have catched a bad fever” “Ooh! I hope you are alright?” her tone reflected concern, all the excitement vanished. “Yeah! Just the outcome of these changing seasons. They might even beat chameleon as a record”. She giggled for a while, that carefree laughter aah!, it reminded me of Ruhani, her innocence, i melted away with that laughter. She though continued in her concerned voice “Do let me know, if you will need something” I gained my composure to speak, to speak to meet me up but all I could gather was “Okay, I will. Bye”. “Hold on” she embarked from the other end. “Yes?” I had that slight hope, she may happen to ask if she could come here. “Do take the medicine”. My face arched up a smile, “Yeah! I will.”
She remembered the conversation from our first date, a week ago. I had claimed then “I hate pills” when she had divulged her profession, “I am a doctor”. I had added “I would prefer eating apple twice, thrice a day, than being on a medication.” She wasn’t offended, rather had smiled on that joke, an electrifying, magnificent smile. Ruhani, it reminded me of Ruhani again. My heart had skipped a beat, Before the mind could think of something, the mouth had already blurted out, “So are you free next Tuesday”. She had seemed to be equally enthusiastic for the next meeting. “Yeah! I hope so”
“Great! See you on 5th then”. I couldn’t process the events in my mind then, everything processed in a blink of an eye. 5th September 2012, I had promised to meet her on our 15th anniversary.

Its cold outside, cool breeze blowing, the tree tops flowing swiftly with the winds. I close my eyes, it reminds of me of the traitor, the wounds she has bestowed upon me, the hearts aches. A drop falls on me, yes it has started raining again. They twinge the heart, invigorating the past aches and still all the mouth could exclaim was “Happy anniversary Ruhani”.