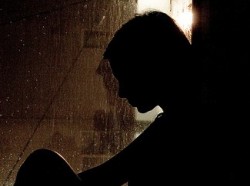 I am girl.............yes,I am a girl.Don't worry I know it.I am proud of it!When at night,after a party,I walk to the bus stop,I know my bra strap is visible but I never asked you to ogle or to stare at it.
At night in the bus I never fall asleep although I am at the verge of falling asleep.I feel scared,frightened that hands will come snooping,using every part of my body exposing it,exposing it ruthlessly to the entire world.
People say that its my fault,MY FAULT for wearing such short clothes.They say that if every bit of my undergarments are noticed I am being vulgar.Girls who have sex before the age of 18 are referred to as 'sluts' and 'whores' but boys are referred to as 'studs'.If I fall pregnant,the society sees me with hatred and dislike.The father of my child is nowhere to be seen.........Is he not to be blamed for doing this to me?
If I complain to my parents or teachers for being harassed,they blame me saying that I should not be wearing such short clothes or hanging out with BOYS at night.What about them?Won't they be punished?Won't they face any consequences?Won't they be punished for groping me,for claiming me as if I were their property.
I am a girl and I have periods like every regular girl.I am not ashamed of it,I am proud of it,proud of giving birth to every child on this earth.In olden days it was considered dirty and in some places it is still considered dirty and the women are not allowed to enter the kitchens and puja mandals for seven days?!
Being a girl,I am afraid to raise my voice against evil,against the harassment of women,scared to even say something bad about the government,'cause today I have no one to support me,no one.In India every one out of three women are getting harassed but no one protests as it is not their 'family' who is being harmed but just a regular women being harmed.I am not scared to show the society who I am for fear that they may despise me for it.But I don't care
'CAUSE I AM A GIRL AND I AM PROUD OF IT!!!!

Tags: It is a 3-min read, Motivation, May you people like it and may it bring about tears to your eyes as well as changes all aroung the world
Sign In to know Author - SOUMI DUTT
Spread the word ...