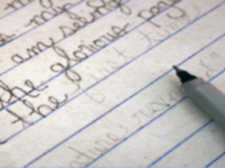 A quiet peaceful spring evening, surviving in the wild was an easy task. The water flowing in the crystal clear stream was cold and refreshing. The air was crisp and fresh, devoid of all the pollutants present near a human civilization. The fruits they had collected that morning still tasted just as sweet and heavenly as they did when they were separated from their parent tree’s, sap still clinging to their stems. They were effectively in their own sphere of heaven on the planet, isolated and happy. As the sun silently slid down the western sky, bathing him in its golden rays. He turned his head in response to the rustle behind him, only to find himself wishing that time would freeze itself eternally in that instant. Watching her perfect profile thrown into sharp contrast in twilight's golden rays, he told himself he was the luckiest man alive. The smile dancing on his wife’s lips was both shy and yet inviting to him in an intimate way. The look in her eyes told him that all his love had indeed found its way to her heart and that she was equally besotted as he was by her again. He then started regretting the fight he had with her just before they got here. She complaining about his long absence for country and he trying his best to explain to her that it was only till his service to country ended.

Pushing out the unpleasant thoughts he held his hand out for her, like the gentleman he was and said “Good evening love. Can I get you anything?” In reply she took his hand, reeled into him and said “only yourself darling, Only yourself” and rewarded him with a kiss. Looking into each other’s kiss they re-discovered their love that they both had so generously cultivated since their first encounter, arguing against each other in their college debate. Reminiscing all that gave their love its old spark back and hand in hand, heart in sync with heart they walked slowly back to the encamped tent that was straining to contain their love. They spent the night re-discovering each other and enjoying each others company. They slept entwined even in their dreams for not even the realm of senseless sleep could separate them from each other. Both of them happy that they took the 40 mile hike to this scenic location to understand each other.

Their isolation rather cost them heavily. The rains that started lashing their camps wernt to stop . The clear stream they so dearly like turned brown with anger and flooded at once carrying them away in its fury, awakening them just as violently, wrenching them apart to his despair. Fighting was in his spirit, so he rebelled against nature herself to get closer to his second half. He kept a close eye on her , His fear : lest he lose sight of her. He applied every ounce of his formidable strength to get closer to her, but to him she seemed only to be drifting further away.

She saw him struggling against the ferocious stream to try and get to her and felt calm knowing that he was still there for her. Only when she couldn't see him after he went under did she start screaming wondering if anyone could hear her.

He had found a way to reach her but only if he went under to the calmer parts of the stream from where he could swim faster. When he surfaced in between his blood ran cold, when he heard his love’s scream of sheer terror. Gritting himself he doubled his effort so that he could get to her before something happened for which he wouldn't be able to forgive himself.

So terrified was she that she gave up hope and stopped looking for him, wondering what it was that was left for her to live when the one she loved the most was taken from her. She felt a sudden blinding blow to her head and felt the darkness descend upon her.

He came up to find her close, only horrified to watch a branch sticking out strike the lovely head that was the source of all his happiness and entangle itself with her body. He swam faster across the devilish current thanking god that at least now he could reach her fast enough.

Reaching her he found her unconscious and in need of medical help. With nothing to do to help her he did the one thing he could do, lifted her onto his shoulder and began running down the wilderness that surrounded them to the closest possible help that he could find. The first few miles of running were fine but after sometime the shadow of pain started to appear. Her weight started becoming a heavier burden by the second, but no burden would be too great that he wouldn't carry it for her. His hamstrings began to burn, but he kept running because the pain now would be incomparable to the pain he would feel and would go through if he lost her. He ran through the pain reminding himself of all the happiness that he felt when she said “yes” to the little question that he has asked her after getting down on one knee. The support she gave him when he was injured from the bullets of his country’s enemies during his assault. The pillar of support that she was when she helped him recover and rejoin active duty. The way she looked at him when he did something for her. That tender smile that lit his world up every time that curve appeared on her face setting everything in his world straight. He knew that he would never forgive himself if he gave up on her

He had promised to keep her safe and sound, to protect her from everything. He had failed in that but he wasn’t about to make a second mistake which could cost him his wife. He kept going on giving himself every other reason he could think of, the way she crinkled her eyes at him when he cursed, the music she like and even their favorite dishes kept him going through all that pain and beyond. He didn't stop even when his legs began to burn beyond a point of human endurance, his energy began to wean but nothing , not a force in this world could stop him in his forty mile run to save his love’s life. He thought of the look on her face, the calm relaxed happy face that she had when she slept. The way her hair spread himself across and the way she ordered him to brush it off her face. The long hours that he spent watching her sleep so that he could be rewarded by that dazzling smile when he awoke and saw him. For that he said A man would run through hell and that was what he said he was fighting to keep. That was the cost if he failed in his forty mile run.

The run ended just as noon approached. The time he ran were all his effort. He was exhausted and yet he found the strength from love to get her to a doctor’s hand. His faith notwithstanding, he prayed to all the gods known and unknown to spare the life on his loved one.

He waited for her to open her eyes when they brought her into a whitewashed room. Seeing her awake and safe gave him a happiness that he couldn't describe. He knew that the run was worth the smile he loved and the one she gave him as she was wheeled in and asked him “good evening love. Can I get you anything?” Smiling to that he replied “Only yourself darling, Only yourself”. Entangled in their embrace he thought of nothing but her sweet smell, the smooth satin like skin as he held what was most dear to him, what he had almost lost but also of all the love yet to be among them as he murmured to her “only yourself darling”

to read more of my work please do visit my blog
www.destinysplays.blogspot.com