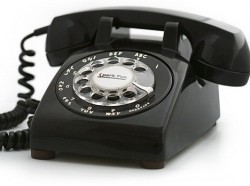 It was midnight. The land phone was ringing loudly.” Who the hell is calling at the dead of night”, Mr.Abhinabh Roy thought. He didn’t want to get up, but the phone didn’t stop ringing .And there was no one in house, so he was obliged to pick up the phone.
Mr. Roy was a widower .His wife died a couple of years ago. His only son Ayan is a NAVY officer who is posted near Mumbai port in INS SAPTASINDHU submarine. He comes home in long holidays only, during Navaratri and Christmas.
Mr.Roy picked up the phone rubbing his eye with hand.” Helloo! Who is this?”The voice was most familiar .
” Dad ! sorry to disturb you at this late of night. But I am really excited. I have to tell you.They have granted me a leave. I just have got this letter for my sanction of leave. I am coming home. How are you?”
“ Wow! this is great. I am fine. Just come home early. I miss you, son.” They chatted for a while. Mr.Roy was so happy. In his lonely life his only cause of his sustenance, was his son. But who knew that his joy wouldn’t last long. Who knew that his son was calling him for the last time.
Next day a headline in the news channel changed the entire world for Mr. Roy. It was –“Devastating fire broke into INS SAPTASINDHU, 24 FEARED DEAD.” Two consequent blasts in the torpedo section of the submarine have blown the half of it. Ayan worked in that section. But Mr.Roy hoped against hope. May be he was lucky, may be Ayan was safe. The whole day he sat before television and when the names of the officers were announced he completely broke down, sobbing like a child. Who is to blame for the loss he suffered. It was not war time, when a soldier’s life is lost generally.
Poor maintenance, backdated technology used in those submarines has not only risked the country’s defense but also hundreds of lives of soldiers who work on board. More than 10 such mishaps have happened in a decade causing several losses of lives. But still a little was done to check such incidents. Who is to blame for the losses of young lives, and for the pain their family must have gone through. Who is responsible for the misery of thousands like Mr.Roy’s. Those who fight for their country are they not human and citizen of this country? They risk their life for a cause, not to die in a fire mishap. Do they not need security and care from the county they fight for? The question prevails..