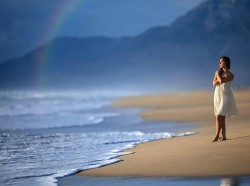 I saw my watch and the date was 18th November. I had received an answer.