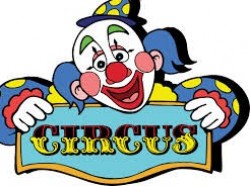 There was a time in my life when I used to wait with bated breath for the circus to come to town. I would wait egerly for those tickets to be brought home by my mother. And the, I would be accompanied bymy parents and grandparents to the circus for a spectacular view of animals jumping and men flying in the air. Circus reminds me of childhood. It brings with it an old,dusty smell of the best times of my life. It brings with it memories that are going to last forever. It reminds me of a time when I could be fooled by the simple tricks of the magicians and I miss the joy that such simple pleasures used to bring to me back then. Circus itself brought so much happiness with itâ€™s arrival. Circus meant anticipation, fear,excitement and so much more. Clowns,trained animals, the man on the flying trapeze were so much a part of the treat. During those days, circus was sensational and it wash. a grand spectacle that paraded a plethora of wild animals tamed by the wip of the ringmaster. I still remember the palpitations of my tiny heart as the lion opened itâ€™s mouth wide and the ringmaster in a valiant gesture stuck his head into the lionâ€™s gaping mouth. The well of death where the motorcyclist used to perform in vertical circles, the cycle that broke into innumerable pieces when the clowns rode it, the drunken clown who performed immaculate feats on a galloping horse and the fire eater who performed with amazing dexterity amazed me and I remember staring in awe at the performers.
Over the years, as other things occupied greater importance in life than laughing and joking only, circus slowly dwindled into the thoroughfares of nothingness. It is at times such as these that one realizes how much of a lost art it is in todayâ€™s world.The art of circus has completely been lost as more modern nd advanced modes of entertainment have taken over. Although a fer circus troops continue to perform today, the magic is lost somewhere. Now, the lion doesnâ€™t close his mouth at the command of the ringmaster. The clown essentially looks ill payed and his physique gives away the fact that he barely manages to get two square meals a day. The few animals that are now used look starved, just like the circus man. There are few circus groups that have survived the test of time and those that have havenâ€™t been able to live upto the expectations. It is true that today, we no more feel as ecstatic as we used to feel a few years ago about the circuses that come visiting during the winters.
The memories, however remain and the picture of the clown who had smiled at me a decade back remains fresh in my mind.
The circus had been unlike anything I could ever imagine and I could not walk away. I wanted to be a part of the magic, create it and wield it with such skill that it looked effortless. I wanted to fly.

Sign In to know Author - SHINJINI
Spread the word ...