The meaning of "my brother" in my poems 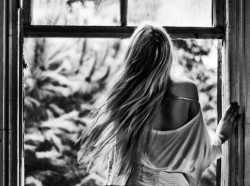 I want to express finally what I mean when I write "brother" in many of my poems. First of all I have to admit, take away any "real situations" or affects from real life from my poems generally. And specially from the poems about "my brother". I`ll be honest in my explanation, as I want to clarify this for myself too.

So 1. There is nothing to do with some incest fantasies, at least not completely!
I always wanted to have a brother in life, but the meaning of that in my mind is totally different. I`ll try to describe what I feel, saying that:
Brother means:

- someone so close to you, who can support you, help you;
- part of your family, someone you can trust totally.
- who you can share with about your life;
- someone who never would leave you (as his status of family member by blood don`t allow him that, unlike husband who could leave u.)
- someone who gives you freedom, but also feels responsible for you;
- someone who protects you and defends you in hard times;
- he is a soul mate (and from that actually feeling of soul closeness comes the attraction too in all ways);
- someone who is always there for you.

From that you can see meaning of "brother" very much changed, so he could be a "lover" too in my poems, and that makes confusion. From one side, connotation and metaphor of the Brother has very ancient roots (in Mythology, Greek mythology and any mythology, from another it has roots in fairy tales and legends too). For example in Greek mythology the earth Gea and the sky Uranus are brother and sister who "create" their children the powerful Titans , one of the is the Ocean. From other brother and sister Ereb (darkness) and Nucta (night) came out the light (Eter) and the joyful day (Hemera).
In Egyptian Mythology there are so many cases for that "incest".

In Russian Fairy tales there are many signs for incestuous relation between "Brother and sister", the events are moving on the basic plot with characters of brother and sister, mostly one of them save the other, like in "The three brothers and the Golden apple", "Sister Aljonushka and brother Ivanushka" and many more...

Finally the famous Colombian novelist Gabriel Garcia Marquez in many of his books, as well as "One hundred years of Solitude" (1967) describes many scenes of incest and attraction, not because he wants to reveal a real situation, but as had an aim to reveal a symbol and hidden meaning.
I think I just made quick review of the basic things and connections, it`s clear that this expression has much more, than it seems (in my poems), to not be accused of craziness. The most clear image for me for "brother" is someone who`s soul is close to your own, also by blood. The feeling of that, plus the subconscious attraction for something "forbidden" creates the energy.