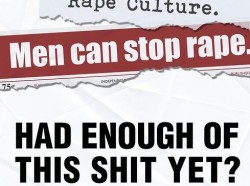 That's it. I write it as if i know what i am talking about. I use it in vain; As if I own this word. Or worse, as if I've been through it!
This four letter word has found it's way in every other article, movie scene, even every other post here on WB. Why does this word manage to piss off every single women on this planet and make her go writing about it? What is rape really?

In one word, it's an Abuse. Abuse of power. Abuse of body. He didn't just sleep with her, he pinned her down, strangled her, and forced himself on her. She did not give in. Even after he tore her apart, she didn't give in because she didn't stop screaming or crying.

As a woman, i find myself gritting my teeth every time the news channels flash 'RAPE', 'MOLESTED', 'SEXUAL ABUSE' on my screen; in words bright enough to scare away aliens from our planet! It is sad that these now are the only words left as crimes in this country. A female raped in a grim area in the capital receives more 'footage' than an infant killed in the womb in a metropolitan city like Mumbai; only because the infant girl died in the womb and no audience will sympathize with it for long. There was less drama here for the media houses. That infant had no face to be used as a poster for candle marches and dharnas.

I am not saying that the atrocities on women is not a grave issue but we need to stand up for the right reason. On 16th December, 2012, Nirbhaya shook us from the inner core. We realized that the world we knew has died and that now a more gruesome world confronts us, the one which will spare no stone un turned to kill every notion we ever had about humanity. For weeks many of us stayed glued to our televisions following the outrage in the youth which fast tracked the case, mind you, temporarily. It was national news and an international issue! At least a hundred papers and media houses reported it. But I would be surprised to pull out even a few out of those hundred, who reported a 16 year old boy gang raped the very same night! The news died in hours. Were his rights not violated? Was his body not abused? Will he not be forced to live with the trauma for the rest of his life?

We, as women, have a tendency to scowl at every man as we hear the ordinal of a rape victim or survivor. But how justified is that? Are all men rapists?
Today's media is putting up a sour image of our society. We all tend to think it's Men v/s Women. Well what do we, along with the media, have to say about the 16 year old boy? And what about those cases where women fall prey to their female boss' sexual needs?

Rapists are Rapists. In fact, with all due prudence and poise, rapists cannot be considered as men. This is more of a fact than a simple rant as the definition of men is 'one who can be inculcated as a civilized human'. And by no means, applying physical force on someone weaker than self, can be counted as a civilized deed.

So all you women, who think this is an attack on your power and authority and that you need to snatch it back! You're wrong. That power is yours. You don't have to snatch it back, you only have to acknowledge it! These cases don't conclude us or our lifestyles or our upbringing. It interprets a burst of the rapists' false ego. It is an outbreak of their ignorance.

Stand up. Look him in the eye and push him back when he touches you in a public transport. But don't banter all men for what a few have done. It's not their fault that every case is not telecast-ed.

A man can be a rapist, and so can a woman. But a rapist cannot be either.

Tags: Crime, Stand up for a right reason
Sign In to know Author - THE THINKINGCAP
Spread the word ...

VODKA LOVER
I always agree with what you write!
Can I say it's admiration?
August 13th, 2014
GAURAVJ_09
Hats off to the author. This was outstanding!
August 13th, 2014
Author
@VL name it anything.. I got my compliment ;) xD