The prince of the night - Meet him. 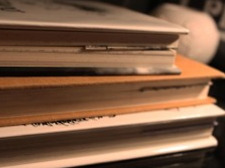 His silhouette appeared from within the veils of pure white fog in the bands of tall dark yew trees. As he appeared more closer, the young lad recognized him by his vermilion silk cape, razor sharp teeth, seductive deep set eyes and skin- as pale as death. It was the same vampire who had been haunting the woods since decades. He shouldn't have stepped into the forbidden woods. But now it was too late to regret about it for his fate had been written. Even if he wanted to run..... he couldn't! He was captivated by the charm of the alluring eyes of vampire. He stood there and started admiring his own death! A weird feeling it was, the young lad had never seen such charm in a dead person before and also a fear raging within him as he knew he was going to die. Death is even worse when it makes you wait for it. The vampire was closer than ever and he couldn't wait anymore. His desire for blood strengthened even more when he saw the eyes of his prey begging for his life. He waited no more. He dug his teeth mercilessly deep into the skin of his prey. And then there was blood, spewing all around and a few drops went down his chin. Though dead, but he felt alive when the blood started rushing down his throat. He dug his teeth even deeper wanting for more blood. He enjoyed every minute of it. Every minute of fresh, thick blood, specially that of a young person. Finally, he hacked a few drops of blood remaining in the young lad. He curved his lips in a satisfied smile as he left the lad lay dead in the woods.
The deed was omitted but the thirst, it wasn't over yet. It was the curse he had been bearing since decades. Hundreds of decades of thirst, the decades of night. Once again, the prince of the night sank himself into the arms of mist as the sun was set to rise and hoped that once again a prey will step into his lair in desire to quench his thirst. He waited!