The Prophecy. The Hope. and The Beginning – No.01 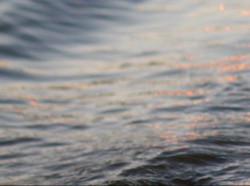 “Listen, everyone! Here is my only advice, and this will be the only key to your survival: Do not fall behind! There are going to be dangers from all directions either on this side or on the other side. If you get caught, then you are dead.” A man, whose scar runs deep from his left eyebrow to the cheek, tells the group in front of him. He squints his eyes under the grumpy sunshine and looks at the faces he has been together for the past three days. He is going to lead this group of ten people crossing the border tonight. It was almost an impossible task to get inside alone, but if they do it in a group, they might find a way.

He continues, “Somehow, we Outsiders are grateful for the Insiders who created the automatic soldiers, so we could use them to our advantages. The mechanical soldiers are very powerful and merciless, but they are programmed to prioritize to shoot the zomalia before human. Actually, zomalia caused the Insiders more troubles. Their teeth and claws can break the walls while Outsiders could not do anything.”

The man spreads the map on the ground and circles the western area of the wall. He draws a line from the black point to the gate, “Tonight, we will lure the Zomalia herd, which is sighted in the dead forest, to the gate and run as fast as we could to pass the border. When the automatic soldiers are taking the zomalias down and leaving the gate open, we will slip into the gate. This is no ordinary teamwork because you are playing with death, people. We will move in a group when we attract the herd, but after that, you will be on your own. You only have one task: Dodge the bullets. Escape the claws – Stay alive. So, you will need a lot of strength and a lot of luck to be able to enter the paradise. Got it?!”

Everyone nods and silently sits back. No one speaks a word, but the man does not seem to be upset about the people’s attitude. At any rate, they need to save their breaths and wait for the night to come.

A young man covered in dirt and tattered clothes stands up and looks at the glowing red at the horizon, right where the sun is slowly going down. The man with the scar on his face stands next to him, whispers only words only they can hear, “Alex, are your ready?”

“Yes. I am as ready as you are, uncle.” The young man replies. His voice sounds like he is still in his teenage, but the dim lights and the dirt on his face prevent people from telling how old he is.

“Good. Remember what I said earlier: Run for your life and never look back. You will only look what is ahead of you; no matter what happened, you have to keep moving until you passed the gate.”

“Even if…you are left behind?” asked the boy.

“Yes.” The man says without hesitation and turns around to face the group of people. There are the elders and youngers, men and women mixed in the group. All of their faces are hard to portrait in this gloomy light, but he can see their eyes are shining with hope. The man claps his hands to get people under attention, “Let’s go!” He said.

The crew moves in caution when the night finally paints its darkness all over the place. The moon is set up high, but it is not a full tonight. The visibility is not great just increases the anxiety. Together they move as one because they have no other choice. There was no sound of people talking but only the cracking noise when someone steps on the dead branches. Quietly they run across a dry creek and then hide behind big stones, strictly following the man’s orders. The howling wind and the distant growl signify that they finally find the zomalia herd. Everyone is holding their breaths; some even cover the mouths with their hands.

Outsiders have been fighting with zomalia for over a decade; they know with what terrified creature they are dealing. They discovered a stinky herb that zomalia hates. Since then, they have sprayed its essential oil on their cloaks to disguise the human smell.

Zomalia comes in different shapes and sizes since they evolved from different origins. Even a rabbit can be a zomalia. When they become zomalia, their visions are awful. They become blinded when nights come, but their senses of hearing and smell are incredible. On top of that, their teeth and claws become harder and sharper that they can even cut through iron and brick walls.

Knowing that, the crew stares at the zomalia herd, waiting for the right time to take action.

Sign In to know Author - VIVIAN WU
Spread the word ...