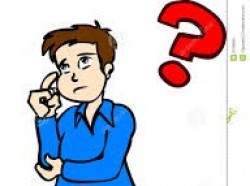 As final years of college are nearing fast two essential thoughts are coming in Arya’s mind. First, sitting for a campus interview and second, opting for higher studies. His heart goes with higher studies, but there is also a problem in this case. MBA or M.TECH what he should prefer is still not clear to him.He googled about prospects of both degree and their ups and downs.. But when it comes to such an important decision actually almost no one can decide for his own. So after scratching his head for the correct idea he decided to meet his uncle and cousin. Both of them are computer engineers, though uncle is retired now. He knew the typical characteristics of the old man who is so pessimistic about other’s life that he only discourages them if someone asks his opinion about a topic, particularly career choices. His uncle is a rich man but a tightwad. He never welcomes a guest in his house and even after getting a pension near about 50k a month, asks money from his own son for every household needs. Arya hates to visit their house but it is in his interest. So he made the call to his Mausi,” Hi Mausi, kaysi ho aap? Mujhe uncle se aur bhaiya se kuch jaruri baat karna tha.Kya may aj aa sakta hu aapke ghar?” Mausi unlike his uncle is really caring and well natured. She urged him to come. So he went to their house in that evening when his cousin also should be in home. Despite having an B.tech in CSE ,Shaan Bhaiya didn’t go for M.tech. He first took a job and after leaving it in 2 years he joined MBA..Shaan bhaiya is also a warm hearted person. If he would not be so senior to Arya, they might have become good friends. Well, after a little family talks and snacks, Arya raised the purpose of his visit here. Shaan bhaiya was not home yet. ” I am thinking about joining a Gate coaching class as I want to opt for higher studies over campus interview.”He stated
His uncle was reading newspaper which he set aside and asked, “ you want to go to academic and research field, do you? M.tech is an old trend and there is not much economical benefit in having it. And there is also not much jobs for masters degree holder..”
It was the strangest thing Arya ever have heard. According to Mr. Prosun Das, his honorable uncle that the difference between pay packages between a b.tech engineer and a m.tech engineer is not much!!!
(consider both college and the university are well reputed)
His uncle was so much eager to prove his vague point that it almost invoked an argument. Arya somehow managed his agitation and said,” As far as I know there are lots of psu’s and private sectors who recruits students from my stream( electronics and communication) after m.tech.”
The conversation could have turned in a longer lecture by his uncle but he somehow avoided it.
It was getting late and Arya would have to return to his hostel. At that moment Shaan Bhaiya arrived and said Arya to hop in his car. It was really nice of him to drop Arya. “ Kya baat karne aya tha? “ , he enquired. Arya briefed him about his purpose of visit and discussion with uncle also. Bhaiyaa laughed out,” Papa se tu ye sab puchhne aya tha. Wo to kab ka retire ho chuke hay, unhe current market ke bare me kuch nahi pata.” His mood lightened hearing Shaan bhaiya’s comments. Bhaiyaa continued,” Arey tu fikar maat kar. Mere bahot sare dost mtech karke acche jagape settled hay. Whoever does mtech does not sit idle in home. Everyone gets good jobs. DRDO,ONGC,BSNL, BHEL, HAL etc are the govt.companies and companies like SAMSUNG,LENOVO,SONY,NOKIA,etc recruit ece engineers . Yeah I agree that payscale differs from a MBA degree holder. But b.tech se bahot jada milta hay aur sufficient vi hay.”
Smile returned back to Arya’s face after hearing assurances from Shaan Bhaiyaa. How opposite characteristics are that of Bhaiyaa’s than his father, Arya thought,” Uncle only knows to demoralize people. And Bhaiyaa is so much optimistic and encouraging.” Shaan discussed about his wish of joining m.tech which he could not fulfill due to misguidance. Arya’s hostel arrived in mean while. Arya will remember the advice of Shaan Bhaiyaa all his life,” If you want only money and power to manage people join MBA. If you want Govt power join IES. And if you want to enhance your technical skills and want to work with more fun don’t be carried away with thoughts of payscale, you should definitely join Masters. I advise you to prepare for GRE and have a MS from abroad. Life will be thrilling.” What awaits for him in future only God knows, but he definitely have managed to clear his doubts and the burden is relieved.

REEMA DSOUZA
Similar confusions here! Nice one.
May 22nd, 2014
GABBAR
Some of my Engineering friends are going for GRE , some for MTech while few for MBA. Actually they say that MBA is not a core PG option for them as they don't get to study any subjects related to their field . Anyways best of luck
May 22nd, 2014
Login to comment
2   ·   3 feedback ( rating and remark )
You can also write on WriterBabu. Know More.