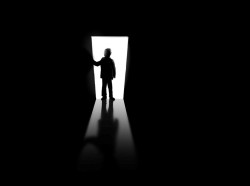 (My first try with stories! Please read it and give me your honest feedback :) )

“Don't you feel tired sometime?” They looked up. This one question puzzled everyone. Why would they be tired? They all dwelled in that dark abyss, resting most of the time, surfacing only when they were called upon to take control of the human on whom they survived. The tiny but ferocious red Demon’s voice was the only thing each one of them eagerly waited for. And rest of the time? Well, they shared stories of their Master, of how each one of them was essential in his life!

"All we do is wait here in the dark and observe the world through his eyes." Greed uttered longingly, slightly tilting his tiny yellow head. “And the only time we spring into action is when that red rascal with horns calls up. It's frustrating! I want more! All we get is this small room and that pot bellied moron."

The frustration was apparent. But the little they knew that Demon too was a slave, for he could call out only when the Master's conscious went weak.

"Whao! Easy on that pot belly nonsense Greed!" Gluttony murmured, he wished he could shout but he had his mouth stuffed with god knows what.

Sloth, resting in rags as usual, scratched his beard, "Chill Glut. He isn't referring to you........it's Dem." his voice trailed off. His light blue skin was all saggy and matte.

"Oh for Devil's sake Sloth!" Wrath thundered, it was always easy to piss him off. "You're always lying around and doing nothing. At least care enough to complete a statement!"

Everybody knew where this was heading. Wrath never let a single moment pass by without a blow.It was never peace with him around. But Sloth couldn't care less, he stared back with his handsome but charmless eyes, stuck his tongue out and 'pbbbt' blew a raspberry at Wrath, making him shiver with anger. He knew this would be enough for making his blood boil.

Wrath bellowed, "You Scoundrel!" , his fists balled up, his eyes, ablaze with rage.

Envy entered just then with her high heeled knee length boots. Her dark blue corset complementing her green skin. Placing one hand on Wrath’s shoulder she soothed him, "Easy tiger" Her voice as seductive as always, she stared at his beautiful red eyes, coveting them.
Greed pouted seeing the stare game between Wrath and Envy. He desired Envy.

Pride was watching the routine from a distance. "Ah! That’s usual for you folks, isn't it? Dependent, spineless creeps." He smirked with his shapely lips, making his already raised eyebrow point up like a mountain's peak! The six were always curious about his eyebrows.

'How come are they always up? Maybe he draws them!' Sloth had suggested once.

"I wouldn't care less about wanting more." Pride scoffed, his violet skin getting darker each day making him one with the darkness around. “He may be your Master but for me he is merely a channel through which I execute my decisions. I don’t need him!” Everybody frowned at his conclusion which came more like an obvious assumption.

How come they don’t need their Master! What are they without him!

Envy and Greed sniggered. Sloth too found it funny but he was too lazy to react. Pride stared at Glut, tracing his high chin with his fingers and pondering for a smart comeback, but Wrath interfered,

“Oh it’s not Demon alright. It’s the Master, he is forgetting you! And all because of that sorry little wife of his. That puny, whiny bitch!” a clanking sound came as he gritted his teeth.

“What the hell.” The voice, throaty and husky, a treat to the ears. Yawning, the hunk stretched his masculine arms. A distraction, always a distraction among all. When he spoke, nobody could interrupt him. His chiseled Greek God body, pale skin and a handsome face could even make Lilith go bonkers for him. It was Lust. He walked towards them and sat down exposing his manliness to all. Stark naked, his nudity put everyone else in stoic silence.

“Oh My Satan! Have some shame Lust!” Greed finally spoke up. “Shame.” Lust repeated the one word none of them were accustomed to. “You know who we are right?”

“Lust! You think that trash, ugly women in the house is not irritating enough?” Wrath was still hung up on the wife. Unlike everyone else, he never found it difficult to ignore Lust.

But Lust could hardly be angered, “Oh come on, ugly? Really? Have you seen that rack!? Those quality assets are rare bro.” He said it in matter-of-fact way. “Master used to put me to work almost every night in his early years of marriage.”

“Well not just those,” Envy said raising her eyebrow, “remember you were called upon even after Wrath overpowered all of us and the wife left Master. He used to watch those late night shows with those naked girls on TV and all! I still don't get what was so great about them.” She gave an incredulous look and turned away.

“Jealous, sweetheart?” Lust winked at her, all this while his seductive eyes stealing short glances at her firm breasts. Lust liked Envy. He fed on her helpless nature. He felt powerful around her.

“But to be honest, I wasn't in my full form when the wife left.” Lust confessed. “I never noticed but I wasn't always called upon alone you know. That bubbly Love from downtown always accompanied me. He intrigues me though." Lust continued with amusement, "He put up a brave fight with Wrath there. But when Wrath won and the wife was gone, he hurt Master real bad! I didn't have the same effect without Love.”

Envy remembered how hard it was for Master, her eyes brightened. “Oooh! That was a party time for Sloth and Gluttony! They had been with Master for months!” she laughed heartily. “Remember how Demon had to almost drag you out of here Sloth?” She poked his belly with the pointed tip of her long shiny tail. Sloth gave a half smile, but didn't open his eyes.

Envy envied Sloth’s apathy and laid back attitude. Wish I was like that. But I keep wondering if I am tall enough or how the hell did the neighbors buy a new car or why is Lust so handsome. She sighed, lost in her own thoughts.

Gluttony opened his mouth to say something, but kept quite. Eventually he couldn't keep it in, “But you know the best part?” he childishly spurted. “Love hammered Master so bad, he had to go begging his wife to come back!”

“OH! So that was the major blow for Pride?” asked Sloth, slightly opening his eyes. He was indeed the slowest among all.

“Yeah. And since then he is been fading”. Greed whispered, gesturing at Pride, who had by then settled back graciously, unfazed by the turn of events.

Everybody blankly stared at Pride, who almost camouflaged with the darkness around. None of them felt sorry, they just didn't know how to.

Just then, a hoarse voice pierced in and broke the silence. “ENVY!” It was the red horned Demon, loud and clear.

“You’re up! His junior got an early promotion!”

Envy rolled her eyes and got up, “Au revoir fellas!” she waived at her cult and walked out of the dark with a devilish smirk.