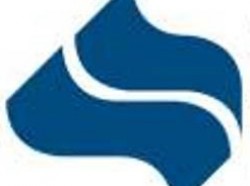 There has been growing concern in the UK about evident drawbacks of the current educational system being dubbed as "exam factory".

Hundreds of parents, teachers and children's writers expressed their concern that children are getting burdened by ever-increasing pressure in today's schools.

"We are concerned to hear of children crying on their way to school, upset that they will not be able to keep up: of parents worried that their 4-year-olds are 'falling behind' or of 6-year-olds scared that 'they might not get a good job' ... And we wonder what has happened to that short period in our lives known as 'childhood'," says the letter signed by over 400 concerned teachers and parents.

It's certainly one proof that the current model of education needs to change so students can get a more "grounded and rounded education" -- for their own good and for that of the country.

According to The Shearin Group Training Services, the letter went on to touch on the ill effects on teachers and children of numerous exams dominating most of school time. Worse, some students who are under pressure would tend to switch off and just stop trying altogether. Even the so-called cream of the crop are obviously struggling to keep their place.

It's as if education is all about students passing an exam, something that doesn't obviously translate to real learning all the time. They are told to retake exams countless times until they pass -- as if the act of passing itself is supposed to mean everything.

As noted by The Shearin Group Training Services, such system does not help at all in preparing students for the future or in equipping them with the all-important critical thinking. In the end, this is not "teaching" children but merely "drilling" them.

Another signatory to the letter who is a senior official of Pre-School Learning Alliance warned, "The current focus on formal testing and measurable outcomes risks encouraging a 'tick-box' approach to early education, a shift that would undoubtedly have a detrimental impact on children's early learning experiences."

Moreover, it's not only frustrating for students but for teachers as well. For instance, statistics from the Department of Education revealed that most teachers are working more than 50 hours per week on average, most of it spent on "unnecessary or bureaucratic" activities.

Michael Rosen, popular novelist and poet, said it succinctly when he commented: "You can sit in a bookshop and see people buying books full of mock tests and blank pages to fill in -- and ignoring the real books."