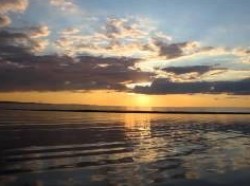 This is a fictional write-up characterised by my love for Sangeet.

‘Have you ever realised why you were here? Whether you served a purpose of your being here? What it meant to be a son of a fisherman? Why would you end up with a life beside the sea after all? I know it wouldn’t mean anything to you but when you die one day with the realisation of missing out in delivering the greatest form of gratitude for your life here, you’d die unsung. You will be soon forgotten’. Those words of Baba stung me deep within that day. My name is Krishna. Baba raised me all alone beside the sea. Yes, like any other lad of my age would want to rate his father, he was my Hero. I always wanted to be a musician, though I was more of a listener. I admired people playing musical instruments in our clan. Baba didn’t seem to like it. Perhaps music never had that calibre of keeping me grounded whenever I carried it upon my shoulder. That particular day, Baba was unhappy. He was getting older now and I didn’t seem ready to carry myself along without Baba beside me.

I went to the sea shore that night. Stared deep at the waves and freed my mind. How could one actually realise why he/she was here for? I thought for a while and everything was falling apart. I released myself finally, took out my flute and began to play the beginning notes my friend taught me the other day. ‘Sa Re Ga Ma Pa Dha Ni were the seven swaras’, I was told. I couldn’t understand what that meant anyway. I was a mere admirer. Even my friend couldn’t explain me the essence of those notes. ‘You need to go through some basics and those seven swaras meant everything in music’, he told me. I believed him. But as I started with the note, something happened that night which changed my life forever.

I began with the note ‘Sa..’ when I saw her. She seemed to be drowning and calling me for help from amidst the troubled waters. I ran in her direction and dived into the waters at once. The very next moment, my world went black.

I woke up in another world. It was an island. I was dumbfounded, couldn’t believe that I didn’t recognize that place. Where was I and what happened to the drowning girl? The ambience started growing brighter as I rubbed my eyes. I got up and started walking towards the greenery ahead.

I kept walking as the forest grew thicker. To my utter astonishment I could not find a single creature in the forest except the birds overhead. I walked the whole day in quest of nothingness. All I saw were different kind of trees and birds. I didn’t quite find the place as I would have liked to be. The day turned into night as my disappointment grew. I slept with disdain that night.

Something struck my mind as I sat beneath a tree. I took out my flute at once and began with the note ‘Sa..’ again. ‘Shadja..’, somebody yelled out over me to leave me shaken. It was a humanly voice. For the first time I could hear a cry other than the birds. I got up immediately to check out what it was. All I heard the next instant was some desperate fluffing of large feathers as scores of tree leaves fell upon me. It went silent again.

The next morning, I began my journey afresh. I began admiring each and every tree and their typical branches, twigs with aplomb. I heard the sound of the birds chirping. There were a variety of birds who led out some outstanding tones of their own. There were kind of sounds I never heard before in my life. Everything uttered by those flying creatures were somewhat in a sync. As if they were trying to sing out a message for me.

I thought of trying the flute once again. I went ahead of ‘Sa’ this time. My flute went ‘Re..’ when to my absolute amazement I heard another cry. ‘Rishab..’, it echoed. I saw a large gathering of unknown birds up over in a flash. They all started flying as in a manner of trying to hide some creature above it. What was going on? I thought. The day ended with another let down by the magical island. I started feeling hungry. There was nothing to eat. Not a single creature or stuff in the trees which could be eaten. I thought of my Baba that night. I didn’t know what could he might be possibly going through. I didn’t even seem to try out a way of finding my way back to him and the world I left behind me. I wanted to explore the island more and more. Deep within I felt it had some kind of message for me. Something which it wanted me to understand.

Time began catching its haste as I kept dropping nowhere. I tried other notes on my flute too. I went from ‘Sa Re’ to ‘Ga Ma Pa Ni..’. The other names I heard being called out with those sounds were ‘Gandhar, Madhyam, Pancham and Nishad’ and the same act of the birds’ nuisance continued.

It was the seventh day when I finally felt I couldn’t carry myself anymore. May be I was dying. I was giving in to hunger and failure at last. I wondered how or why I even survived that long without anything to eat. Above all, I was still as unsung as ever before. May be the words of Baba were going to come true. I’m still the same old Krishna without a single idea of the purpose of my life and what that island meant to me. What was the message? I couldn’t help but abandon myself into forfeiture. I crept to the shore one last time. Gazed one more time into the troubled waters.

‘Have you ever tried to play the sargam on your flute? I could only hear pieces of it,’ she said when I could hardly open my eyes. ‘Who are you?’ I asked. ‘My name is Shadja’, she said with a smile, ‘Would you play the sargam for us?’
‘Us? Who else? How many of you? How did you get here?’, I probably charged too many but I couldn’t hold myself back. She didn’t reply but took a few steps back instead. May be I scared her with my response. Her shining violet eyes grew larger as she kept staring at me with vivid eagerness. Her lustrous charm like a pearl in the island oyster had to revive my flute. With the least strength that was left within me,I prepared myself to play all the seven swaras together for once. ‘Sa Re Ga Ma Pa Dha Ni Sa..’ it went.

Shadja looked up and started calling out: ‘Rishab, Gandhar, Madhyam, Pancham, Dhaiwat, Nishad..’ as to my sheer wonderment Shadja opened up her large feathers and started joining her other counterparts who came out of nowhere into the bright sky. I never saw such huge flying creatures ever in my life. I was left open mouthed as it took a while for the sight to sink in. I felt like regaining my lost strength.
This was the moment of my life, I thought. I had to grab it. I took a deep breathe and started playing my flute like never before. ‘Sa Re Ga Ma, Re Ga Ma Pa, Ga Ma Pa Dha, Ma Pa Dha Ni, Pa Dha Ni Sa…’ it all flowed as I kept an eye on my flying Sargam dancing above me with their large wings. Each of the seven creatures had specific characteristics of their own and the air around me grew denser as they flapped in unison. After some rounds of the harmonic outpour, the seven sisters diverted their path and started flying towards the sea. I didn’t want them to leave. I followed their path till I could feel my feet among the troubled waters once more. And before any second thought could interfere, I dived into the sea. My world went black again.

The next morning I found myself on my familiar seashore with my Baba beside me. ‘Where have you been son?’ he cried holding me in his old arms,’I can’t live without you’.
‘Baba, I now know what my life meant. I have a message for the world. Your son wouldn’t die unsung’, I said with a tired but proud smile across my face. The Swaras forming my Sargam indeed meant a lot for me. I now know they existed. I wouId keep playing with the hope that somewhere far away the sound of my flute was being heard, appreciated and my seven Swaras flaunted their colourful feathers in unison. I found a new life and a purpose large enough to carry on playing and preaching music.