The world he knew, never remained the same again.. 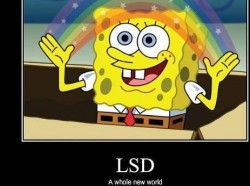 On the yellow canvas of the blessed sunlight, the patterns fused into one another to cause the images behind the closed eyelids, go more complex and magical. A fainted tune from the mystical flutes flowed through the breath of air, making the trance more concrete, making the boy sink deeper into the river of bright light.

Half an hour ago, he was sitting under the single tree in the vast field, pondering on the limits of his imagination. Looking far into the sea of green ending up in the massive hills, he wondered why the life around was so ignored. The greenery, those plants, that flower, those leaves; they all were living, breathing. The realization of life always made him think beyond, though his brain was locked in limits of his senses. “My eyes, heh! So delusional. Seeing only the things made to be believed. My ears, why can’t they hear the breath of the green. The nose, tongue, skin, all the sense organs in fact were gifts of life. Beautiful gifts wrapped in the illusion of limits. Is there more than we see, or hear, or taste? If no, them what is that constant feeling of being something more to life, the voice of my soul, screaming to look beyond? My mind and the things inside that box. Is there a limit to my thoughts? To my imagination? If there is, I’m going to push it till it’s gone. My senses must not be my barriers. If they will, I would be just a tiny shred of what I could have been, or maybe what I always was.”

A voice called his name, making him to break the chain of thoughts and stand up to greet his friend. This friend of his, was his most blessed gift. They would sit and talk for hours., about the world and life, and about things beyond the mind of a normal human. They shared tales of the inexpressible, from myths of the ancients, to topics like, life after death and the depths of our subconscious mind. They preferred to view the world from a different eye; enjoying a grateful and peace soaked view.
They were visionaries; visionaries going to trip today on the LSD.

The lysergic acid diethylamide, abbreviated as LSD and known informally as acid to the streets is a semi-synthetic psychedelic drug. The boy has read a lot about it in his research on psychedelics. He and his friend has waited very long to have a psychedelic trip on LSD. He always wondered why people were so unaware of it. Many great epiphanies and awakenings, talked about in everyday life, had a role of LSD in their existence. From the great Steve Jobs who openly credited his LSD experience as “one of the most important things in his life” to Bill gates, who admitted on experimenting with it in his youth, there were many who were awoken out of their senses on its mystical trip. Many artists and musicians all over the course of history commented openly on this non addictive drug and its influence on their life. What amazed the boy more, was that many die-hard fans of those musicians even don’t know that maybe many of their favorite tracks were composed during or after a trip. The Beatles were most famously or rather infamously associated with this recreational entheogen.

And today, with anxious eyes and a nervous heart, he was looking at the blotting paper soaked with 750 micrograms of the acid. The paper was even smaller than his little finger’s fingernail, but he knew it was enough for both of them. He knew the fact that the drug was banned and illegal, but then, the government of his country was not one he could look up to; where rapists were sentenced less than those in possession of marijuana.
He spoke abruptly, “The world needs a change.“
“The agents of change are banned and hidden”, said his friend.
“But we seem to be lucky.” smiled the boy.

Around 20 minutes later, after they have successfully cut the blot in two, and put it in their mouths, to gradually let the acid flow down to their bloodstreams and alter their limits of sensory perception, the drug started to kick in.
The boy could sense an awkward behavior in the surroundings. Excitement was getting on his nerves. The articles and research on the experience of the trip and experiencing the trip were two different things. It was like for years of reading ghost stories and watching horror stuff, one came face to face with a ghost.
His friend was sitting a few paces away experiencing similar jolts of vibrations and positive energy flows. The smile on his face said it all. They were quiet, as the words were not enough to describe their feelings now. They knew, they had paid and were prepared for a ride, and now, the locks were done. The roller coaster would spring into action at any moment. All they could do was to go with the flow. The boy was ready for hallucinations, both audible and visual. He tried to calm his mind and stabilize his thoughts. The excitement must not ruin his peace.
He saw the eyes of his friend transfixed on the tree. He looked up to the tree. Seconds later, he saw a pattern, a faint light emitting from one leaf and fusing into other leaves, creating a spectrum of luminous patterns.
In disbelief , he pointed at the trees trying to comment on the sight, but his hand caught his attention. The hand was moving in slo-mo, in a haze. Dumbstruck, he saw his friend lie down on the bed of soft green grass. The greenery was dominating. Mature was taking its toll. He knew the time had come. With peace engulfing his mind, he surrendered and lied on his back.
The sky was so beautiful. So alive. The sunrays warming his face, never felt so comforting. He closed his eyes. And knew in that very instant, why was it the most psychedelic substance present on the Earth. The images unknown gave way to patterns of creation. The world was now a big yellow canvas, being painted on, by an invisible divine hand. Slowly the senses lost their meaning and the trip began. And the world he knew, never remained the same again..