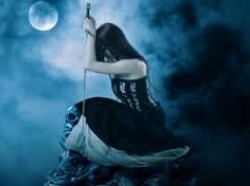 It is not bad when you feel it is right. Indeed it was right for her. The age of innocence they say. Every scream has its own wave. The fault never is focused on something right but for something wrong it is always indeed.

John never knew that the house had such good records when he first handpicked that diary which was lying somewhere beneath his bed in a best possible way. Diaries are interesting, he thought. Just like the movies where you find something at end, something deeper or maybe something mysterious. He flipped it unknowingly to check out the pages maybe, reading had always been a problem for him.
John, his mom yelled
‘Yes mom,’ he said closing the diary.
‘Dinner is ready, honey,’ she yelled sweetly again.
I will get back to you; he thought looking at the diary and smiling in a funny way. He rushed to have his dinner.

Time never sleeps; it has its own steadiness. It may stop for sometime but it will never descend.
The first page of the diary read that.
John read the name, kriti(2008)

Excerpts from the diary

June 18
This home literally seems great. I just love it. The wood flooring, the stairs and those beautiful windows with creamy curtains, it just makes me go feel special. It is just me and mom. I am thankful that mom is an architect, her job is what makes us travel this far. Goa is wonderful and this beach house in whole lot of exciting. Yippee.....

John was like, wow this home was occupied
then he read it...
June 26

Feels good, I have turned eighteen today, mature, free of my own and to take my own decisions and yes I can vote as well. Mom surprised me in the midnight with a beautiful cake, strawberry buffed. As usual it was Daksh who called me first to wish me. I miss him, we talked for hours and I was like sort of happy. My best friend always makes me happy; I wish he was here with me.
The remaining day was quite fun, mom took break from her work and took me to a movie. Some Chinese dubbed Hindi movie, the usual boring stuff. I hated it but mom is into it, she likes it god knows why. Vasco has few movie halls; this one was good, although I quite don’t remember the name.
Then we had dinner in Ananth Valley foods, it was delicious. A little loneliness did overtake me but yes now I am quite adjusted to it. There was this guy who was busy in his cell. He had headphone plugged on to his ears and was eating fish curry maybe. He was alone occupied in a sit, content in his own company and smiling now and then. His eyes had some kind of sparkle. He wore a graphic tee on a ¾. He was dusky looking but yet had an abundant charm around. I just kept watching him as he passed after finishing his meal.
Now as I am writing, I am thinking about him. And there is a smile on my face.

July 5
Maybe the best day, early morning as I was jogging around the beach I saw him again running around and I like dumb followed him trying to match his speed which was impossible and in the try I fell like a small kid. I think it made some kind of loud sound and for my astonishment he just turned back and came forward to lift me up.
‘Pretty fast ha,’ he said.
‘This damn yes I slipped.’ I said not lifting my face. I was shy literally.
‘Be careful, its wet and you may slip,’ he lifted me up and started looking at me.
Maybe he had observed me before in that hotel, but he said nothing and I did not even wanted to sound desperate but there was blush all over my face and it was evident.
‘You seem new to this place. Have not seen you anywhere until now,’ he unplugged his earphones. And I should say he looked quite sexy in sleeveless. His body was fine, well toned.
‘I am here past fifteen days and will be here for quite long.’
‘I will meet you quite often then.’ He said and smiled and yes went back to running.
I stood there for a while.
I don’t remember anything other; I just want to meet him again.
Good night cheeky pink.

September 12
Darkness
Don’t know it’s like I am feeling tortured. The past month has been beautiful but yet it is vain I feel. I am not a writer, I can’t write everything. I fail to express it.
He had been wonderful; his sway has taken me over. Yes, I fell for him. So badly that I was blind to notice. His words, his look into my eyes everything got me into me. His wit, jokes, stories all fascinated me. I was awestruck that too in a best possible way.
His touch was seductive; he made me feel like everything. Every breath of him drew me closer to him. He was avid, he made me loom him. He drew me crazy. I just got him, I was deep. I was ready for anything. He makes me despise sometimes. Yes I am not a virgin anymore. He is not gentle. He likes the pain and maybe yet fills me with him and I don’t hate him for that.
His approach is something, his domination I can’t stand. His room is filled with vivid contact numbers on his wall and some roses here and there. A demon and a god like structures with uneven designs. He makes me forget myself, I am in some another world when I am with him. He makes me lose myself.
Today he hit me, Just because I said no and also because I was praising my best friend. I didn’t even cry. I just sat there. No one ever hit me, not even my mom.
I went to home hugged my mom and just cried. I just did not tell her anything.

September 28
It was true, it is worst. He is not the same. You just can’t someone like this. He is crazy beyond everything. He cannot resist a negative response from anyone. He is a loner, obsessed, deceiving.
College was a bore with no or less friends. I found solace in him. But he is a hypocrite. This is the irony of loving someone who doesn’t love you. He uses me. I am his means to his wildest dreams. The dreams that he makes come true by me. I am his machine, a sex machine.
Mom doesn’t question me about me about my scars, she is tensed about something. I haven’t spoken to her much since many days.
I am of no help to anyone. I just want to go back to Bangalore. I conveyed to mom about the internship that I have got in Uber company. She was happy and suggested me to go.
October 2
It has been two days. I have not met him nor he called or texted anyway. I booked flight tickets and I am to depart on 5th of this month. Three days. I will meet him and bid good bye once.

October 4
He pushed me hard on the bed. He was fierce. I could not help, I was not ready, I did not want him for the first time. I tried to resist but he did not, he held my mouth, covered it actually and hit me twice on the face. He turned me around and thrust inside. It was painful, he did not stop. I screamed loudly, I cried but he did not stop. He blend, he did not care for my pain. The pleasure was all over him. I saw coldness in his eyes, the demon, no pain nor no remorse. Guilt was nowhere found in him. He just parted me aside after he was finished.
I bled. I just blacked out for some time. And the time I came back to my senses. I saw the wall clean there was nothing on it. The room looked elegant.
I saw him come by wearing a wear off with jeans. He looked something different, a little fine maybe. He had a smile. He had bundle of notes with him which he threw on me.
‘It is well enough for you I think, Good luck.’ He said.
I went over him to hit him. What the hell I was thinking? I tried to hit him but he threw me and smashed me on my back. I was weak. I cried, I cried I just went badly.
‘Common now, polish yourself and get the hell out of here,’ he said and just set out.
It was so easy. It was over. What was I to do? Complain, no I struggled, I got myself little groomed. I smiled and just went back to home.
Men are not for me now; there is no one for me. I will come back for him, maybe someday, I will be more fierce then him.
I will smile then.

John saw the date, it was January 18. He kept the diary inside his bag. Hard, he thought. She might have had her revenge or maybe no.
The next day he went Ananth Valley food. He ordered a coke and was looking over.
Then he saw him, he wore a graphic tee, ¾ and had his earphones was plugged on.
But, he was confused he tried to go near. There she was, it was not he, and it was a she. A girl wore a graphic tee and a ¾.

.
The girl was smiling.