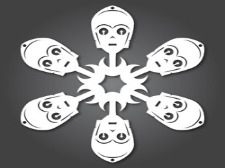 They say that going back in the past isn't the 'in' thing for our generation.We are the 'living in the moment' kids. Nope,I disagree.We all like going back into the past.We all like that thing called nostalgia to sweep us over.When we were half our size and double our fun, we were good. Oh yeah,we sure were good. There were shaktimaan and captain vyom to entertain us.I used to wonder when every single time shaktimaan used to rotate as to how he didn't become unconscious??Didn't his mind reel from the effects??
Who can forget the adorable tom and jerry?? I,to this day,wish that tom should one day catch jerry and teach him a lesson.The guts of the mice man!That was something.Yeah, scooby and shaggy were good pals and that sound of 'scooby-dooby doo' still rings in my ears sometimes.Those were the mango byte and pan pasand chocolate days. I remember the many battles I have fought with my mother in order to buy them.'Raja-rani-chor-sipahi' and pen-fights used to occupy the free time between different periods in school.That time building bricks via a video game used to be a cool thing.The glorious days of enid blyton remain etched in my memory and so do the super mario games.
All said and done,nostalgia does have its charms.It makes you realise the importance of the past.Afterall,the real crazy moments were in those times,not the times we now reside in.