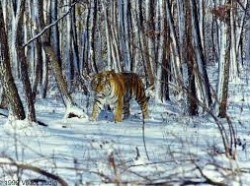 When one starts contemplating the authenticity of the emotions he feels, he is drawn into a whirlpool of sadness. He has lost himself in the questions. Nothing can grant him authentic pleasure. The cynic may then set out to search for reality but as long as he depends on his senses, he cannot authentify it. This is what had led to his sleepless nights. And so he lay there in his comfortable bed made by the fur of the finest yak he had seen in all his travels, without an ounce of sleep. He pondered over it all along the day in the field. He thought about it as he hunted and also when he trained young lads. He wondered how can people feel something and not question its authenticity, and if they do manage to raise the question how would any one answer that. So he was in his bed, his mind racing from one question of philosophy to the next in search for an answer.

He looked at his woman who was resting her head on this chest and with her hand caressed the hunter’s face. He could feel the warmth of her breast on his arm, her soft hair would brush his shoulders ever so softly. He thought of her, how long he had been with her, how he fell in love with her and how he might still love her. He thought of her as the best woman he will ever get to know. He took his other arm from under his head, with his finger he moved the hair that covered her face with a finger and she looked up. She looked up with that smile only a woman madly in love has for a man she adores. She looked so soothingly beautiful in the moonlight shimmering from the only window in the hut. He smiled back at her, but he saw the gaze of her eyes, they were sad. She had spent sleepless nights too, wondering why he was sad. Women, he thought, were so blessed, they were capable of loving so selflessly.

His troubles started that one day, when he was going on one of his hunts. She packed him food, she prepared his bags and as he left home ran up to him, panting she said “Come back home safely”. He thought about all the love he had received from her, she was selfless and caring. He thought of all the times she had sacrificed something for him, and the question popped in his mind. ‘Was his love for her authentic?’. As he rode his horse up the slopes he pondered over this question over and over again.

Then he reached the last town he was going to stay in for the next 2 weeks. He stopped at the most shabbiest looking lodge, he stayed here on all on his hunting trips. He has stayed here when he was young and would accompany his father. His father stayed here in his bachelor days too. He went up to the old man who sat near the entrance at a wobbly table in his rocking chair. The old man looked up, having to strain his neck and eyes in looking at the familiar face of the hunter. The hunter smiled back from his heavily bearded face. The old man replied with a heavily wrinkled smile. He put his young friend in the most comfortable room in the creaking old building. The hunter reached his room and not to his surprise the room was exactly the way the previous resident had left it.

After some waiting the maid came in to clean the room and make his bed. She was a fairly young girl, she was beautiful and soft. As she cleaned his room he watched her, he felt lust stir in his mind. He inquired about her as she made his bed, she was the cook’s daughter and had started working only a week ago. He told her what he would like for dinner and gave her some coins for her work and to save the cook the embarrassment of bringing the meat on credit.

After she left he sat down troubled by his mind, thinking if he really loved his woman. He was troubled by his lust for the chef’s daughter, how could he really have loved truly if he could easily be wavered by lust. He got lost in deep thought seeking out reasons to trust his love. The more he searched the more he felt lost. He simply couldn’t trust his love for her, the more he thought about it he felt his relationship with her was lust.

He climbed up to the mountains, to hunt some mountain rams, he would lad the bodies over the next two weeks in the cart behind his loyal yak and then sell them later. But he was lost in his search for the authentication of his emotions, while he stalked each ram he thought of that. Everytime he prayed to his gods before he shot an arrow at the ram he would try to authenticate his trust in his gods. Everytime he sat near the fire at his tent, he would think of all the elders and try to authenticate his respect for them. He had started seeing his world with new eyes, he did not enjoy that though. He saw a pair of yak’s mating and thought about the animalistic desires of man. On the seventh day he saw a saint meditating on top of a rock. He went to the old man, who immediately sensed the hunter and slowly opened his eyes. “Old saint may I ask you a question?”. “I am no saint, but I shall hear your question.”. “How do I authenticate my experiences of this world?”. The old saint smiled, “Indeed a brilliant question, but I am not the teacher who can answer this question”. “Who can answer me then old saint?”. “Time is the best teacher and may it be kind to you.”

The hunter was sent away with a thirsty mind and wild thoughts to the mercy of time. He continued with his hunt, and took his kill to the rivertown on the east. The two days he stayed he observed people childishly fooling around and entertaining each other. He couldn’t understand how could so many people pass their life, never questioning its reality. This tortured him, it was his curse to be enlightened to this question. He sold the meat and the fur of his kill and returned home, being tormented by his mind. Two weeks have gone since his return, he carries out his daily chores, and lays down in his bed with that question in his mind every night. He didn’t know it was going to be answered today, his mind was going to be cleared. His soul was going to be once again at peace, because he was going to understand the truth.

He looked in her damp eyes and she smiled at him. He kissed her forehead, and held her tightly. The hunter’s wife reached up to his ears, “Don’t worry, no matter what you are going through I am with you, your happiness is most important to me.”. Why, he thought, was she willing to place her utmost priority on his happiness? Then she kissed his cheek. The hunter found his answer, it was love, he felt it stirring in his heart for her. Tears welled up in his eyes for the first time ever, her happiness became of paramount importance to him. He kissed her, it was the most passionate kiss she ever got from him. She could feel his tears on her cheeks, she cried too. He was truly happy, her heart rejoiced. They smiled at each other. Then they heard chuckles, they turned to the tiny cradle head side of the bed. A baby was sleeping in the cradle covered in a tiny fur blanket. The baby was smiling in its sleep, she could feel the love and joy of her parents, thats what they guessed. The hunter kissed his child, then the child yawned and went back to her deep slumber. Finally the hunter slept peacefully with his love held tightly to his heart.