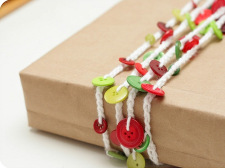 She was ignoring me, not even looking at me. She just walked past me as if I was nothing, a no one. I just couldn’t get my head around the fact that I had been dumped. I raised the bottle to my lips and took a swing, felling the warmth of the single malt spread through my limbs on this icy winter night. The night was as cold and cruel as her eyes were when she shouted at me “leave me alone. I hate you”. She hates me. All the diplomacy I tried through our mutual friends failed and faced with the hostility that a novice climber would have faced when asked to scale the K2 without any help, the hostility a traveler would face when asked to cross the Thar Desert with just a bottle of water. The chill I felt emanating from her when I asked her why, made me wish that the Russian’s would put me into one of their gulag’s in Siberia. The fury of her response made me wish for the hottest part of Sahara for that would be moderate when compared to what I was facing here. The extent of her emotions made me feel that heel would just be a walk in the park. And just like the calm after a storm she settled into indifference, she blew me off completely. We worked in the same team but she never even as much as looked at me. It was as if I never even existed. The girl I love, was just becoming the girl who didn’t even care a damn, but I couldn’t even get her to look at me now. Her thoughts occupied my head all day long but it looked like she wasn’t even wasting a thought on me. Not even a thought of a thought of me was crossing her mind. I had to get her back and for that I had to do something before she totally erased me from her memory. I had to do something before I ceased to be even a memory of a memory.

The next day I showed up at the office after staying awake all night thinking of her. I hadn’t combed my hair, or shaven myself or even ironed my shirt. My friends and colleagues were surprised on seeing me that way. I was usually meticulous. To put what everyone said in a nutshell ‘I looked like hell’. The hangover was just passing over thanks to the two disprin I had taken in the morning. I passed her in this disheveled state thrice by lunch, but for all of my efforts, all of my modifications to look more miserable: loosening my tie, putting a dead beat look on my face, she neither acknowledged me nor even gestured that she might have given a dam about what happened to me.
The next thing that I did as soon as I got to my apartment was getting drunk. Then I drove over to her apartment and started banging on her door. The pent-house apartment was isolated from the rest of the building and also had an expansive open area in front of it almost like a porch. The door was answered by her roommate. The roommate told me that she had left the apartment to stay with her aunt, whom i know she hated. She was choosing that evil aunt over me, I wondered what I did to have deserved that. Unable to do anything else, I borrowed another bottle from her and she very generously lent me a single barrel jack Daniel. I sat down or rather slumped down in the expansive courtyard right beside her door recollecting the beautiful conversations we had on this rooftop. Of the time when we watched the Leonid meteor shower, the consolation that I was able to provide to her when she cried her heart out when she learnt that her granny had expired. This was a private heaven for us located away fourteen floors above the ground. I toasted to the thought that now the same piece of real estate had become a personally tailored and customized piece of hell. As I emptied the 1700 rupees bottle of whisky in a toast I fade out and passed out cold right beside the door in that embracing chill.

Damn it, I was cold, I was dripping wet. Someone with a very bad sense of humor had just splashed cold water on me. I looked up angry and asked “was it really necessary?”. All I got in reply was a goofy grin and a smartass answer “Yes, for the state you were in, Yes. By the way how’s your head? On ice?”. The guy taunting me was her roommate’s fiancé and a close friend of mine. He carried me into the apartment and plonked in front of me breakfast for hangovers consisting of scrambled eggs and orange juice. He said “I’ve called your office and informed them that you won’t be coming in. Stay here. Use the day, use the bed, get some rest and clear your head bud. I’ll get going I’m already late. See ya.”

Mid afternoon and I found myself looking at my phone, my head in a much better place after sleeping thorough most of the morning but my heal still in the same place as last night: In deep turmoil. I started reading through all the messages we had exchanged, her cute smileys, her challenging and yet taunting words, her playful replies and her voracious language. All of still stored deep in the memory of my phone, right from the time when she had lost her way reroute to that dingy restaurant where we were supposed to meet for our first date. It was when we were still in our final year of study and I ran out of the restaurant to collect her before she panicked. The date in itself was a very short dinner but the very long walk back to the restaurant from where she was when I picked her up was worth remembering. I cherished the moment when she replied to m question of another date through a text even though she was across the table from me all the while acting as if she was considering saying no. The smile on her face at that moment was what was wonderful and I was sincerely hoping to regain at least some of that.
The call that night was purely out of instinct and need. She answered the call but before I could speak she started shouting “Its over, I told you to leave me alone. I don’t want to even talk to you” in a tone that was more heart wrenching than anything else. She disconnecting the line still ebbing that fury from her that I could feel it at the other end of the line. I didn’t even have a chance or the courage to answer her after that. I realized it was done.

Fine, I decided, If my life had left me, I wouldn’t let life exist. I began planning. It was early next day when I started consuming every bottle of spirit I had stored in my apartment. I drove in that state to office wishing some policeman would pull me over and effective prevent me from doing what I was doing but it looked like I wasn’t that lucky. Every person in the office looked at me disbelievingly; a few brave gentlemen came over to try and stop me from creating a scene and tried to restrain me but instead they ended up being involved in a brawl with me and one of them suffered a broken nose. By the time security came over and dragged me into my boss’s office most of the damage I had intended was done. The words I was waiting to hear were spoken ten minutes later. I was fired and I was asked to clear my desk out. I went over to my desk cleared it and in the process of clearing my personal files from my office PC I loaded a ‘software’ onto the company’s system. Every person from my team was watching these proceedings from outside my office. I saw contempt in every one of their eyes and that was all the justification that I required.
I was sitting on the railing outside her apartment, at the edge of what was our private heaven. I was watching my last sunset on this planet. I wasn’t gonna be alive to even see the planet complete one more rotation. The reason for my living was her. As an orphan I hadn’t loved anyone else, but her. She was my life but she had left me, my life had left e but physically I was still living, my heart was still beating, my lungs were still drawing air knowing that they shouldn’t. I looked at my watch waiting for the ‘software’ to take effect and destroy the company that had turned all my sweetest of memories into the harshest of them ever possible. That revenge of using a virus was a sweet one. That company had affected my life and I was infecting them. That job was now done and I had no other qualms.
So I slipped happily from the railing towards the waiting abyss below, the thoughts of her lips on mine, that feeling was all I was feeling as I rushed towards the unforgiving stone below me. I had tailored my heaven and hell and I had tailored my life so far but the outcome wasn’t happy. I hadn’t felt in my heart for al my life until she came along but the first time I did it wasn’t worth it. I was the man who built my life only to have it collapse, I couldn’t start over so the only choice was to end it. The last thing I thought before I landed was the feeling of her soft hands lovingly caressing my cheeks while giving me a kiss suddenly somehow turning into the same hands that was trying to choke me to death.

i have one more story that has a happy ending
u could go through that if u want
March 22nd, 2014
Login to comment
2   ·   5 feedback ( rating and remark )
You can also write on WriterBabu. Know More.