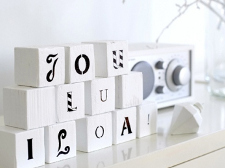 Void is an essential part of our existence. Existence is merely a temporary blot on the ever expanding Void. It emerges and dissolves like colors in a jar of water- only to be neutralized some time later.

The beauty of the Void lies in its deafening silence- something we cannot tolerate. All through the human evolution, we have been trying to defeat the Void. The demons in our head scream and revolt every time the Void approaches. We never befriend the Void because to do so would mean to accept our own insignificance. The Void doesn't care and engulfs everyone and everything eventually. Think of the constantly exploding stars in the Universe as they are born, shine and eventually deplete into nothingness. The Void waits patiently for millions of years as the cycle of birth and death continues.

The Void wants to teach us. But we won't learn. Hence, we run until our feet bleed but the Void follows us like a shadow. And thus they say, "I stared in to abyss and the abyss stared back."