We Still Have Dhoni 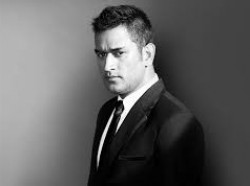 On Thursday, a team walked out to defend its title, having won 11 World Cup games on the bounce where Clive Lloyd’s fearsome West Indies had managed only 9. “We won’t give it back,” we chanted in to the seductive tune of hypemeisters, hypnotizing ourselves to believe our own hype.
On Thursday, it was us. We were good enough in the previous 7 games to bowl out the opposition-the only team in the tournament to manage that. But not that day, Not against that opposition on that ground.

“I didn’t lose a war,” Boris becker said in 1987 after losing in the second round of Wimbledon to the unknown Peter Doohan. “Nobody died,”he said.

On Thursday,when a two time champion lost to a four time champion, nobody was shamed- certainly not the 15 young men who sang the National anthem with ther hands on their hearts and then did the best they were capable of.How they deal with the aftermath of defeat will forge their character just like how we dealt with it shows up ours- sadly,not in the best of light, witness the stoning of Virat Kohli’s home and the vile abuse heaped on his girlfriend.

“It is something that really doesn’t belong to anyone,” India’s captain MS Dhoni said with measured calm.”We took it from someone, and someone took it from us,as simple as that.You know,the best team takes it for 4 years and then everybody gets their plans ready and challenge the one that has the World Cup.”

Dhoni is the antidote we all need to subdue our inner losers. That is why Dhoni is the leader we need now, even if we don’t know it. Not because he led India to a T20 World Cup, an ODI World Cup and the no.1 spot in Test rankings-those achievements were built on those who had worked before. But because he is the sane centre of a world that oscillates precariously between jingoistic triumphalism and reflexive shaming.