What really belongs to us? I 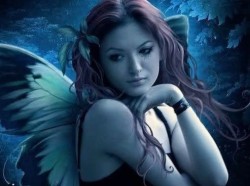 __ I want to ask the immanent question, which is very actual in this post modern times. What we think we possess, and what in reality is what we have in this life time. In my texts “About possessions” I already observed this topic in some details, now I want to continue and determine the core of the problem.
If we think deeply, the mind that “something or someone belong to us” in the life, gives many times destructive and negative affect on our brain. When we think of that which we “can lose” in the future, which we simply didn’t succeed to have, or which we don’t have in the present, we stumble to very much egoistic (and very trendy for all humans) emotional stigma” of “what I don’t / cant have” makes me fail on my way. That brings to us destructive emotions like : deep disappointment, negative frustration, sadness, depression, feeling of low self-esteem, feeling of failure, even more – brings aggression, bitterness, malice, envy, harm and mischief to our brain. All that feelings affect actually on our body in physical level, from where we invite viruses and illnesses.

__ Until now I just wanted to point out what thinking of belonging and possessions can bring to us. What we do? In reality we start since birth to think about what is “ours” and start to develop system of wrong thought paradigm about everything what surround us. Later as we grow ,we continue to apply this paradigm on us and our children and so on…until the chain is so thick that cant be easily broken. We came already into the cycle of thinking, which is leading us to real failure and emotional trap and dissatisfaction.

__ What happens with the child? Since the baby is born, we impose to him all possible possessions. The milk bottle “belongs” to him, the blanket and bed belongs to him, the mother belongs to him, the toys, plush bears and all things, surrounding him belong to “him” in his little world. That` s why when any other child tries to get in touch, grab or play with the toy, or takes any other object, that belongs to the baby owner, it becomes real battle between them. You can often here “this is mine”, leave my toy, leave me this, and so on. What is behind these phrases? One very common and deeply rooted human feeling – egoism. Our ego is bigger than our brain and bigger than our body even. So we not only think and develop the emotion that everything surrounding us –our home environment belong to us, but also think that everyone, who is very close to us, in immanent connection (like parents for the child and opposite) also belongs to us. Then here is the evolution of one and first of the biggest illusions in world.
Only because the child sees his mother in front of him, she is “his” , only because he is give to play toys, he is given bed, blanket…so on, there are “for him” and turn to his possession. Any other touch of his possessions will make child feel pain, nervous and malicious and cry out, the same way the feeling that mother belongs only to him (and not to his new born sister or brother) creates feeling of the so familiar “jealousy”.

__This is about a child`s world, what if we observe the world of the grown individual? What we` ll find? Half and more than half population on earth (around 80%) are driven most of their life by negative feelings, and surrounded by negative feelings like : hatred, malice, envy, jealousy, anger, resentment, depression, aggression, fear of failure, any fear, dissatisfaction, greed, lust, gluttony, anxiety, laziness. All these feelings are obvious imbalances in all levels – energy, mind, emotions, and body. Body finally suffers the worst diseases, which cant be properly healed in this environment. The basic question is __why?
To answer this question, we can follow the pattern of what happens to the childs mind, emotions and reactions. Then see the same patterns repeat many times in disastrous way to the grown person. Child knows that everything what he needs, will be given to him, without he to struggle much, except to cry out. The same way grown individual will avoid to struggle in any way, if he can get something in easy way. This is not by nature, but become a psychological pattern behavior. The answer to the question why is this: because the human has in mind that he has possessions, belongings, material projected objects, as well as people, recognized by him as close”, he will suffer inevitably in the future, past and present. The pattern of the belonging “feeling” creates in our brain “impossible connection” and attachments, which shouldn’t be there. One shouldn’t be very intelligent to make simple observations and statement about result of human behavior and feelings.
a. what happens when someone takes the favorite toy of the child? He cries.
b. What happens when someone steel your car? You are angry and furious.
c. What happens when someone steels your golden bracelet? You are angry and sad.
d. What happens when your home is burnt? You feel desperate__
e. What happens when someone kidnaps your child?
f. What happens when you lose all your money?
g. What happens when you lose your beloved?
h. Whet happens when someone you love dies?
i. What happens when your wife / husband leave you?
j. What happens when someone eats something you cant afford?

The questions can be endless in this list, and I will leave to your imagination to continue. For me that is enough to give a clear example about the way our brain works in direction of “possessions”. And the final question __ what happens with our “belongings” after we die? May we have the money, car, wife, child, clothes, and all with us in the afterlife? The answer is clear –No. Yes, ancient Egyptians buried the dead rich prominent people with their belongings and food and more things for afterlife…But that was obviously symbolical act, and more like “magic ritual” than any other act. No one expected the dead people to just stay in this place of darkness and eat old food.