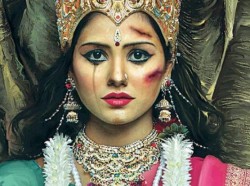 When she was born, her father frowned.... a new responsibility!
When she was young, her mother got worried... she was pretty!
When she wanted to fly… they yanked her back
When she rebelled... they reminded her of who she is
Who is she really? The answer is simpler than anything else

SHE is not a HE

Because of the never dying fact
The fact that his mere existence is from her!
If he can devastate her life… she can kill him before he even starts to live!
But she won’t
Because he can stop being a man or a human whenever he wants to
But even if she is giving birth to an ugly, disgusting cannibal… she will never cease to be a Mother
She has the power to create him.
She has the love to nourish him.
But the world always forgets that she also has the power to destroy him and the whole world along with him....


Tags: #NIRBHAYA, Women under attack
Sign In to know Author - THE THINKINGCAP
Spread the word ...