Why am I single? 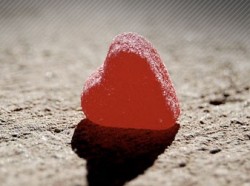 You meet a guy, randomly start talking over some social networking site. You both talk for a while, exchange basic details, get to know what’s common between you too. You then, exchange numbers, it is prevalent that it’s both way and both are interested to talk. You message and he replies and if he messages first you reply too. He then compliments you about how pretty you are, and how you talk and how funny you are. You compliment them too about their sense of humour. Talking becomes intense and regular gradually and you two discover common likes and dislikes. Talking to them becomes a daily routine and it makes you restless not to talk to them even for a day. You wait for them, for their call. One day they do something like flirt with you, you like it and flirt back; you make out that they like it too. You both share things about your personal lives, you tell them you’ve been hurt before and about your past relationships. They tell you how innocent you are and they would not do it with you. He tells you his secrets too. You now know that you like them and share it with your friends but you’re scared to tell them and about how they would react. One day you decide to make it official and tell them that you like them. They tell you that they like you too. You now are on the top of the world and can’t express your joy.
Then one day they stop talking to you, just like that, you can’t figure out why. You ask him, but there is no reply whatsoever. You can see absolutely no effort from his side. No messages, no calls, nothing like before. You ask him, he says he’s busy and you decide to wait for him. Time passes by, days, weeks, months and they’re still busy. You now realize that something has changed but you don’t know what. You feel restless not talking to them. They’ve become a part of your life by this time. he’s mad at you, for reasons you don’t know. Every time you gather the courage to send a ‘hi’ you keep aside your ego and at the end feel like a creep, talking on the phone is farfetched. Gradually you too stop putting efforts and think it works both ways. You can feel they don’t care but you can’t do anything about it. you are already hurt and your heart is trampled. Every time you talk, it turns into an argument over something or the other. He blames you for things, you try to clarify but he’s not ready to listen, you are helpless but you still don’t lose hope. You still want him with you. You notice that he’s fine without you and his life hasn’t been affected. He’s happy and tells you about his new girlfriends/flings. You are now heartbroken. You still dream about him and hopes that he gets back to you, knowing that he won’t. ever. You look out for other guys but end up comparing them with him, you still find him ‘perfect’. He already forgot about you a long time ago while you are not ready to accept that you got played. that you've been used and maybe somwhere being made fun of.