Why Jodhpur is a World Class Tourist Destination 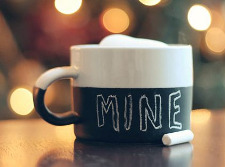 Jodhpur, founded by Rao Jodha of Mandore, is popularly known as the Sun City for its bright sunny weather or the Blue City for its houses painted in blue. It is one of the hotspot tourist destinations in India manifesting magnificent royal palaces, forts and temples to breathtaking natural sights. It is the second largest city of Rajasthan and stands on the edge of the Thar Desert which is a well known shooting destination for the Indian film industry - a.k.a. Bollywood. The old part of the city remains surrounded by a mighty walk running through a distance of 10 km having 8 gates and several bastions. With colourful ethnic attirers, beautiful handicraft and romantic folk cultures this imperial city is considered a heaven of memorabilia of the invincible Rajputs. Hindi, Marwari and Rajasthani are the languages spoken here by the people, who are in fact known to be the most hospitable in India. The city is also very famous for its exotic Rajasthani cuisines and incorporates many hotels and restaurants. Lonely Planet featured the city in the list of 'most extraordinary places to stay in the world' in 2014.

The legendary Mehrangarh Fort is one of the largest forts in India which stands 400 feet above the city of Jodhpur. It was built by Maharaja Rao Ravi in 1459 AD. Influenced by architecture of various periods, the fort is well known for its multistoryed palaces. The museum of Mehrangarh Fort displays a number of heritages in arms, costumes, paintings etc. and is one of the well equipped museums in Rajasthan.

Jaswant Thada, located close to Mehrangarh Fort, was built in the memory of Jaswant Singh in 1899 and named after him. It is built of intricately carved and well polished thin sheets of marble which glows with the sunlight. It is a traditional crematory ground of the rulers of Jodhpur and houses cenotaphs of maharajas and maharanis. The grounds around contains beautifully carved gazebos, a multilevel garden and a small lake.

Balsamand Lake is an artificial lake built by Balak Rao Parihar in 1159 AD. The lake is 1 km long, 50 m wide and 15 deep and surrounded by lust greenery. The Balsamand Lake Palace was built for the royal family as a summer resort. The palace is built of red sandstone depicting Rajputana style of architecture. Today it is a heritage hotel and a popular picnic spot which is home to animals and birds like jackals and peacocks.

Kailana Lake is another artificial lake and situated 8 km to the west of Jodhpur City. It was built by Pratap Singh in 1872 and is one of the most visited lakes in Jodhpur. The lake spreads over an area of 84 square km; tourists often opt to set sail across the lake on boat and stay late to enjoy a perplexing orange sunset.

This palace, named after Maharaja Umaid Singh, is situated on the highest ground in the city and is one of the largest private residences in the world. Its construction started in 1929 and was completed in 1943. Today, a part of the palace is managed by Taj Hotels and the other serves as permanent residence for the erstwhile royal family. The massive palace built of famous Jodhpur yellow sandstone reflects the fusion of Indian and European form of architecture.

Mandore was the capital of Marwar before establishment of Jodhpur dating back to the 6th century AD. The garden located 9 km north of Jodhpur City houses a collection of temples, memorials, high rock terraces and 'Chhatris' or cenotaphs of rulers of Jodhpur. Today it contains a government museum, a temple to 330 million gods which houses images of Hindu deities and a 'Hall of Heroes' containing 16 figures of popular folk heroes carved out of a single rock. A number of valuable exquisite antique statues and artifacts found around the city remain preserved in the museum of Mandore Garden.

1. The Bishnoi Village Safari in search of the antelopes

3. Luxury camping in the desert

Over 75 places in the city are worth visiting and has their own unique history. The ancient city of Jodhpur, once ruled by the Rathor clan of the Rajputs, is also known as 'The Gateway to Thar' for its geographical location. The city has an aura of royalty to it engraved in the antique architectural forms evident around the neighbourhood and offers the travellers a glimpse of the bygone era.