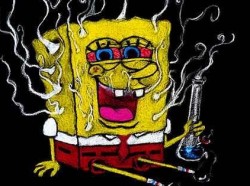 2 students' results were compared.
Student 1 had excellent results.
Student 2 had poor results.
But both passed.
A survey was carried out and found that most people think that student 1 had better results because Student 1 is more intelligent, clever, has a better brain, sharper memory and a bigger IQ.
Student 2 did not agree with this and he repeated that class to prove them wrong.
At the end of the year Student gave thd best performance ever had in the whole world.
He was then compared with another Student 3.
A survey was carried among the same persons and it was found that they gave the same answer as the last year : the student with the better results is more intelligent and the other one is weak and lazy in his studies.
But they were wrong and it was proved by student 2.
Student 2 made an speech about his success. He mention that it is not a question that you are weaker than others, but it is about a question of something that mostly of us lack. And this something is willingness.

But I, personally, can conclude that Student 1 cheated toget better results than Student 2 for the first year. And Student 2 became the biggest cheater ever in the world by learning new and sophisted cheating technics, tricks, and skills.
And all the credit goes the society.
You see that the society forces students to become PROFFESIONAL CHEATERS !!!
What a low mentality and hypocrite society !
Hats off to you society !
Ladies and gentleman can you please give a big and loud round of applause to the society.¡¿