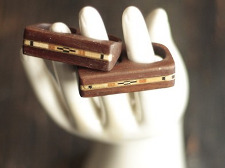 A month has passed.
Just a month ago, on the December 16, 2012 at around 9:30 pm, something heinous had happened.
Has everyone forgotten??
It is amazing how this thing is slowly being out-of-focus.
After the incidents all facebook statuses were related to her, "Get well soon', 'we're with you', 'Let's fight' and that craze of changing profile pics to a black dot, and after a month, no one gives a f@#$ about what had happened?

Still so many rapes, still eve-teasers roam, still they touch us, rape us out of our dignity.
Even all protesters are fake. They scan at girl's body while protesting!

A month has passed, yet no punishment, yet no improvement in the condition of women in India as the govt. decides to free a juvenile for being a juvenile. Why? He didn't act like it!!!

Lots of craps, lots of comments, some weird, some outraging, yet the action remains incomplete.
Perhaps it's a truth, we Indians know only how to 'Brag' and when it comes to action, no one raises their hands against the injustice!

Friends, wake up. Even if it's not possible to go out and protest, do a little of what you can do. Protect the world, raise your voice.
Let her death not be in vain.
She wanted to live, let's be her life.
At least from the heaven she would see us wake up because of her sleep. :'(

Login to comment
2   ·   9 feedback ( rating and remark )
You can also write on WriterBabu. Know More.